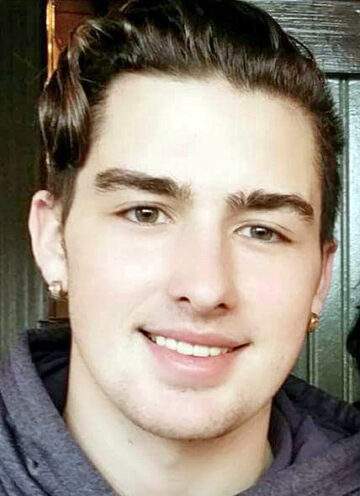 William was baptized and confirmed in Messiah Lutheran Church in Weldon Springs, Missouri. William was incredibly smart, loving history and museums. He was a member of Field Museum in Chicago as well as the La Brea Tar Pits in California. He was a Life boy scout and enjoyed the adventures of the outdoors. He cared about the earth and was kind to all its creatures. He thoroughly enjoyed traveling and lived some incredible experiences by traveling to places like Japan, London, Wales, Canterbury, Germany in addition to the United States where he surfed in Hawaii and toured many National Parks and famous landmarks. He also was an avid gamer, especially loving to play NBA 2K. He graduated from Fort Zumwalt East High School where he was part of the wrestling, football and golf teams. William was a huge Golden State Warrior's fan. He also loved all things Star Wars. William was exceedingly kind and had a caring soul. His kind nature allowed him to be a wonderful caretaker for his mother. William was dearly loved and will be greatly missed by all who knew him.

Memorials may be made in William's name to Cheyenne River Youth Project 702 4th Street, Eagle Butte, SD 57625 or by following the link https://lakotayouth.org/