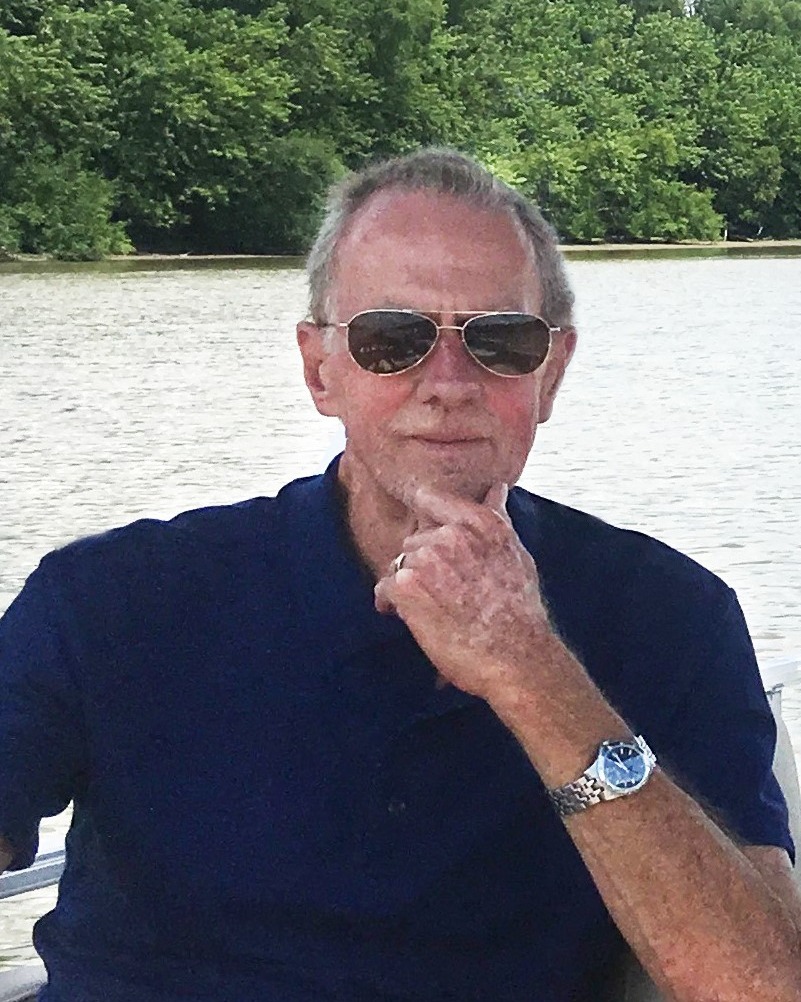 Wayne William Kolbe, of Saint Charles, Missouri, passed away Friday, January 20, 2023 at the age of 83.  Loving husband of 55 years to Janet Kolbe (nee Remington); devoted father of Scott (Lauren) Kolbe, and Anne (Derek) Cisler; grandfather of Aaron Kolbe Cisler. Wayne was preceded in death by his parents, Ina Mae and Walter Kolbe, and his dear aunt and uncle, Bill and Edna Brooks.

Wayne proudly and honorably served in the United States Coast Guard Reserves.  He loved boating and being on the water, and from his time in the Coast Guard until his mid 70s he was jumping wakes on the river. Their family vacations were often traveling up the Mississippi and Illinois rivers as well. Wayne was known to many as “The Best Damned Captain on the River.”

Wayne also enjoyed hiking and could often be found on trails and hilltops around Missouri.  His favorites included Bell Mountain, Taum Sauk, and Hawn State Park.

Wayne loved to read historical books, and he knew so much history about St. Charles.  He could often be found at the local donut shop sharing his wisdom.  He was a great storyteller and always had a captive audience.

In his younger years, Wayne had a passion for Corvettes and attended Corvette rallies with groups of owners.  So, whether it was a boat, car, or motorcycle, he liked fast engines and fast rides.

Wayne was dearly loved and will be greatly missed by all who knew him.  In lieu of flowers, memorial contributions may be made in his name to Humane Society of Missouri, DASA, or Academy of Sacred Heart in St. Charles.

To order memorial trees or send flowers to the family in memory of Wayne W. Kolbe, please visit our flower store.