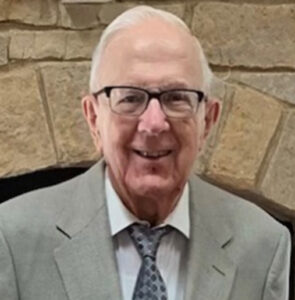 Walter was born in Donora, Pennsylvania to Nicholas and Irene Zorica on May 13, 1928. He married Martha B. Zinda on June 27, 1953 in St. Casimir's Church in Kulpmont, Pennsylvania. He lived in Middletown, Pennsylvania for twelve years prior to moving to Missouri. He was a loving father and husband and raised two children. He is preceded in death by his wife Martha, his great grandson Thomas Elliott, his brothers Frank and Tony Zorica, and his sister Irene Lake. Walter is survived by his daughter Kathleen Zorica, his son Joseph Zorica and his daughter-in-law Kristen, his grandchildren Paul (Joelle) Elliott, Adam (Tera) Elliott, Lauren (Steve) Zorica-Geiger and Nicholas (Brittany) Zorica, and his great-grandchildren Kellan Zorica, Kinsley Zorica, Serena Zorica-Geiger, Claire Elliott, Vincent Elliott, Colin Elliott, Jerome Elliott and Marie Elliott, sister-in-law, Stella Chesney and several nieces, nephews and their children.

The Zorica family asks that those in attendance wear masks at Walter’s service.

To order memorial trees or send flowers to the family in memory of Walter Nicholas Zorica, please visit our flower store.