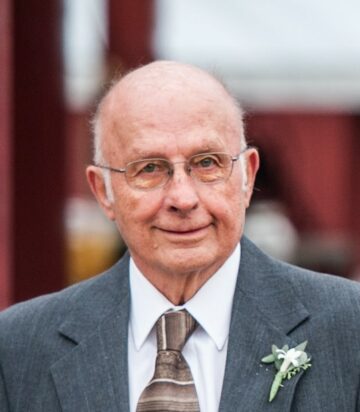 Victor “Vic” John Garvert passed away January 31, 2022, at the age of 87. Vic was preceded in death by his wife, Doris Garvert; his parents, John and Mary Garvert and his siblings, Majorie Grayson and Leila Boehmer.

Vic grew up in Plainville, KS and eventually moved to Warrenton, MO, where he worked on the family dairy farm during High School. After High School, he attended the University of Missouri for one year and then returned home and began a long career in the grocery business. He worked for The Kroger Company for over 30 years until he retired in 1987. After his retirement he went back to work for Southern Cross Lumber and RKG Lumber until 2001.

Vic enjoyed boating, fishing and woodworking. He loved backyard BBQs and Fish Fries with his family and friends. Vic was dearly loved and will be greatly missed by all who knew him.
To order memorial trees or send flowers to the family in memory of Victor “Vic” Garvert, please visit our flower store.