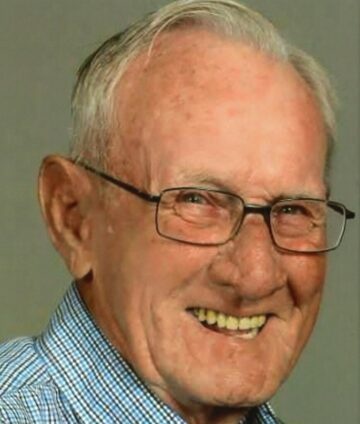 Tom was born March 26, 1940, in Lincoln, Illinois to Donald and Elizabeth Sparks Dobey. He married Helen Yvonne Carter on September 29, 1961, and she survives. He is also survived by his son, Douglas, (wife Diane Doerr), and by his daughter, Lori Dobey Adams (husband, Coy). He is also survived by his grandchildren Allison Dobey, Blake Dobey, Jacob Adams, and Justin Adams and wife, Molly Adams.

Tom was employed by Massey Ferguson for 23 years, and retired from General Motors after 25 years of employment. Raised in Central Illinois, Tom had a love of the farming community. He enjoyed working the farm with his father in law, brothers in law and family friend. Tom lived in town, but was a farm boy at heart.

Tom was a fun loving, full of life guy whose smile could light up a room. His grandchildren were his pride and joy. He loved watching them participate in all of their activities, especially their sports activities.

Tom was a member of Cornerstone UMC. Memorials may be made to Cornerstone UMC - "Back Packs for Kids" at 1151 Tom Ginnever Ave. O'Fallon, Missouri 63366.