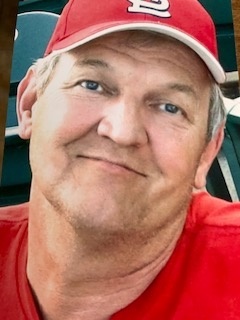 Tom's first passion was always his wife, Kelly and all their combined children. He was an easy-going, calm man.  Tom was also an avid STL sports fan, particularly the Blues and the Cardinals.  In fact, at the end, Tom had a vision of God calling him to play in the heavenly world series. Tom always enjoyed watching classic movies, and country music of all kinds, along with many of the easy / classic rock types of music from the 1960s forward. Tom was a kind, strong man of faith, and was deeply spiritually grounded as he was a loyal member at Grace United Church of Christ family, too.

Memorials may be made in Tom's name honoring his memory to support Prostate Cancer Research at The Foundation for Barnes-Jewish Hospital. Memorial contributions may be sent to 1001 Highlands Plaza Drive West, Suite 140 St. Louis, MO 63110 or submitted online at www.foundationbarnesjewish.org. Donations honoring Tom Deptula's memory are welcomed at his faith home Grace United Church of Christ 8326 Mexico Road, O'Fallon MO 63376 or www.wearegraceucc.com.