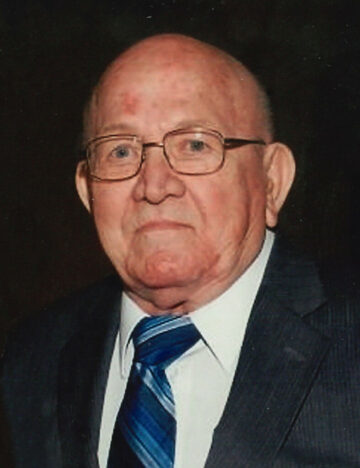 Thomas Edward Genteline, 89, of O’Fallon, MO and formerly of Columbus, Ohio, born February 1, 1933, went to his heavenly home on Wednesday, June 15, 2022. Tom graduated from Saint Mary’s High School in Columbus, Ohio. Upon graduation he served his country during the Korean War and discharged from the Navy in 1955. He graduated from Ohio State University with a bachelor’s degree and became an accountant.

Tom is survived by his wife Anita Genteline (Lamacchia), and his stepchildren, Carol Breslin (Bill), Rosemary Graham, Joseph Vonarx (Karen), Julie Voss (Ken), Lisa Palmer (Greg), and his sister Jo Ann Reisch. He was preceded in death by his parents Joseph Genteline and Eleanor Genteline (Seitz) and brother Charles Genteline. He will be lovingly remembered by his fourteen grandchildren, ten great-grandchildren, and nine nephews and nieces.
To order memorial trees or send flowers to the family in memory of Thomas Edward Genteline, please visit our flower store.