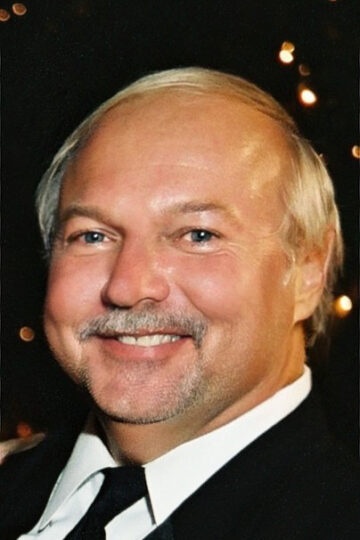 Steve was a lifelong parishioner of St. Peters Catholic Church and was actively engaged in the St. Charles community throughout his life.  After graduating from Duchesne High School, he earned a bachelor’s degree in Civil Engineering from the University of Missouri-Rolla in 1971.  Steve worked for three decades as a Project Manager at Monsanto before joining Anheuser-Busch, also as an engineer.  Steve was an active member of the Lions Club for 30 years, serving both as Club President and District Governor, and received the International President’s Award for Leadership in recognition of his service.

Steve was devoted to his family and lived life to the fullest.  “Work hard, play hard” was Steve’s personal motto, and it was evident in everything he did.  He was always seeking out new adventures and experiences — whether flying his airplane, traveling the world, exploring the outdoors, playing his trumpet, or building and fixing up anything he got his hands on — and somehow managed to convince everyone around him to come along for the ride.  He had a huge heart and loved bringing people together, making them laugh, and creating lasting, joyful memories with his family and friends.  He will be sorely missed.

Memorial gifts may be made in Steve's honor to the First Capitol Lions Foundation. Please note “In memory of Steve Wiechens” on checks. Send to P.O Box 1206 St. Charles, MO 63302 or Venmo: @FC-Lions note- Steve Wiechens memorial cell code-3820.
To order memorial trees or send flowers to the family in memory of Stephen W. Wiechens, please visit our flower store.