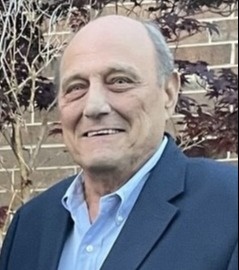 Stephen was a member at St. Charles Knights of Columbus.  He enjoyed reading newspapers and other articles, gaining knowledge of a variety of topics. His family smiles thinking of his ability to recall information that others wouldn’t know. Stephen loved to unwind at the beach and playing golf.

Stephen had a very strong will, a playful sense of humor and a quick wit. He adored his wife, Shirley. They would have celebrated their 51st wedding anniversary on September 25th. The family he and his wife built was what he considered his biggest accomplishment. Stephen was dearly loved and will be greatly missed by all who knew him.

Memorials may be made in Stephen's name to St. Jude Children's Research Hospital or to the donor's choice.