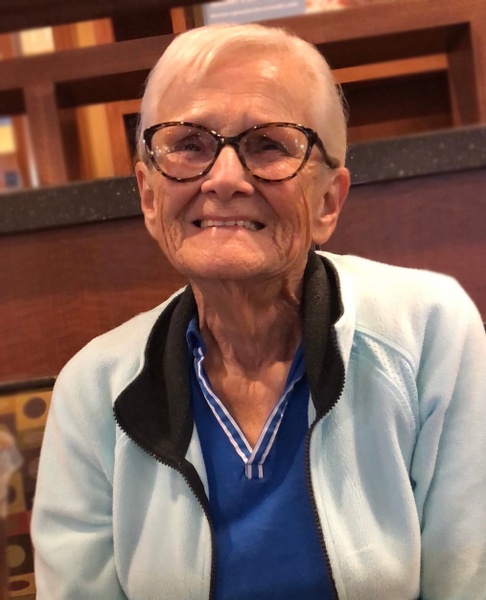 Russetta Joyce Montgomery, 80, of O’Fallon died July 30, 2022, at SSM St. Joseph Hospital in St. Charles. She was born December 19, 1941, in Centerville, Iowa to Russell Dean and Joyce Ann (Salmons) Bailey. She graduated from Gilman High School with the Class of 1961. She left Iowa following graduation to move to St. Louis to pursue her dream of becoming a nurse. Russetta married Benjamin H Malloy, and had two sons, Benjamin Douglas (Doug) and Patrick Michael. The couple later were divorced.

In early 1988 she met whom she believed to be her true soul mate, Perry (P.J.) Montgomery. They were married on September 3, 1988, in St. Charles and shared 24 years of marriage until P. J.’s death in 2012. Russetta retired from St. Joseph Hospital in St. Charles after 20 years of service. She enjoyed reading (especially mysteries), needle work and was especially passionate about doing jig-saw puzzles.

Russetta was preceded in death by her husband P.J., her parents, Russell D and Joyce A (Salmons) Bailey her sister, Annette Berthusen, her brother, William Bailey, a daughter-in-law, Terri (Doug) Malloy, She is survived by her two sons, Douglas of Lee’s Summit, and Patrick of Troy. Also surviving is her sister, Susan (Rodney) Anderson of New Sharon, Iowa, and 6 grandchildren: Jacob Knapp of Jacksonville, Florida, Ethan Malloy of Lee’s Summit, Cortney Malloy of O’Fallon, Krista (Dustin) Chandler of Foley, Kara Malloy of Troy, and Brendan Malloy of Lee’s Summit.

The family is planning a private graveside service to be held at a later date.