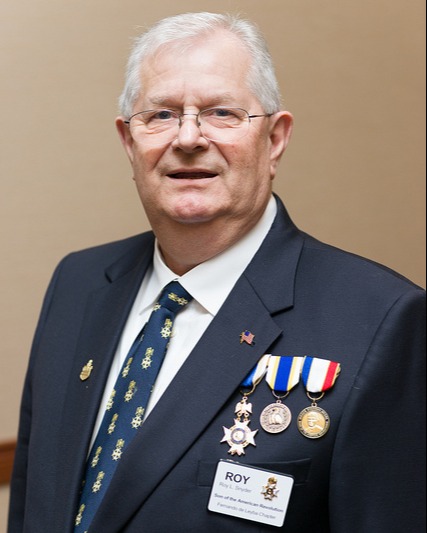 Roy was born in Mt. Vernon, Illinois on March 17, 1950 to Richard F. Snyder and Beryl (Powell) Snyder.  He graduated from Mt. Vernon Township High School in 1968.  He earned a Bachelor of Science of History, a Master of Science of Human Resource Management, and a Doctorate in Business Administration.

He is survived by his wife, Judith A., his daughter Sheri Snyder Slusher (Ron) of Rantoul, Illinois, and his son Ray W. Snyder of Boonville, Missouri.  He is also survived by the children of Judith: Katie Wiggins Hoving (Jim) of Bristol, Maine; Andy Wiggins (Shea) of Defiance, Missouri; and John Wiggins (Tate) of Maplewood, Missouri.  Roy and Judy have 12 grandchildren and 1 Great-Granddaughter. He is preceded in death by his parents, his sister, Carolyn Sue Jacobs and his brother, Richard C Snyder.

Snyder retired from the business he founded: Visiting Angels of Greater St. Charles.  Prior to establishing his business in 2007, he worked as a Senior Human Resources Manager with The May Department Stores Company.

An Army Veteran serving as an Intelligence Analyst, he served as the Non-Commissioned Officer in Charge (NCOIC) of the Intelligence & Security Section of the 2d Armored Division Support Command in Fort Hood, Texas and as the NCOIC of the Intelligence and Nuclear Surety Section of the 25th Infantry Divisional Artillery in Schofield Barracks, Hawaii. Roy also served as a Drill Instructor at Fort Leonard Wood, Missouri.  He earned several ribbons and medals during his service.  He was active in his Church, The Sons of the American Revolution, and the board of Orthodox Christian Laity national organization.

The family has made flower arrangements.  In lieu of flowers, you may contribute to International Orthodox Christian Charities (IOCC), FOCUS Gateway City, or any charity of your choice.