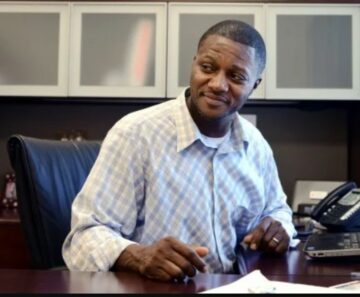 Robert Lamont West was born on February 9, 1972 in Springfield, TN to the late Roberta Lou West.

He was educated in Robertson County, TN where he graduated from Springfield High School in 1990. While in high school he excelled in athletics earning a scholarship to play basketball for Tennessee Technology University. He would go on to play all four years and earn a bachelor degree in Finance.

After college, Rob would go on to play professional basketball overseas for a couple of years, until eventually coming home to raise his daughter Kori and start working at the YMCA. He served the Y for over 20 years through three associations including Middle Tennessee, Milwaukee and for the past 15 years at the Gateway Region YMCA in St. Louis Missouri. He was awarded the C.D. Banks Award from the Gateway Region YMCA in 2018 for unselfishly dedicating his life to helping others and helping countless children become strong adults.

He leaves, to cherish his memories, a loving wife Kristin; two daughters Kori and Maya; one son Donovan; countless aunts, uncles and cousins and those that he called brother and sister.

On Saturday March 26th from 4-7pm we will gather at the O'Fallon Park YMCA Recreation Complex to celebrate his life. (4343 West Florissant Ave St. Louis 63115)

Donations in his memory can be made to the Gateway Region YMCA or the Down Syndrome Association of Greater St. Louis
To order memorial trees or send flowers to the family in memory of Robert “Rob” West, please visit our flower store.