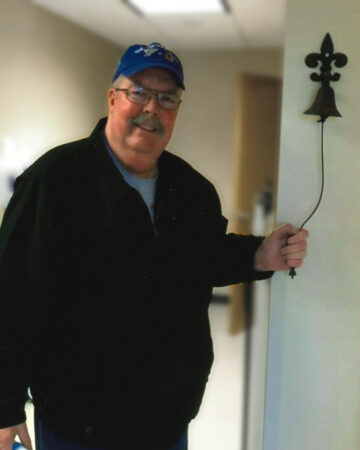 Robert was on the Hazelwood Parks commission for many years. He worked for Edward Jones as a Broker and retired after 42 years of service.

First and foremost, Rob was a family man. He unconditionally loved his wife, children & grandchildren. His family came first no matter what the circumstance. He was a loyal hard worker and would work as hard as he needed to care for his family. Rob would grill every Sunday for family weekly dinners. He loved hanging out in his backyard and a cold beer in his hand. The best beer to him was cold & free. Rob had a great sense of humor, always cracking jokes. Rob had a fantastic memory and was quite the history buff, the things he could remember was unbelievable.

Rob was a big hometown sports fan. He loved watching the St. Louis Blues and Cardinals. He wouldn't cheer on anyone else’s team but ours even if they were terrible. Robert was dearly loved and will be greatly missed by all who knew him.

Memorials may be made in Robert's name to SLUCare Cancer Center, SSM Health Cancer Care and the BackStoppers, Inc.