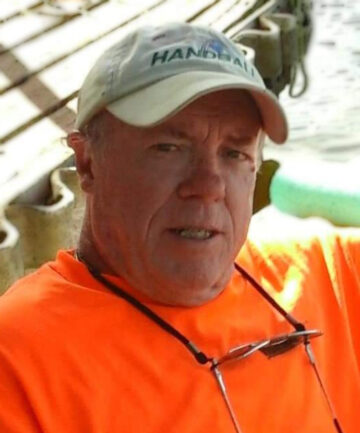 Tim was born and raised in St. Louis, MO. In 1971 he went to work at G.W. Helbling and Sons which was originally owned by his grandfather, his father, and then Tim. He worked and ran “The Shop” until 2011 when he retired. Upon his retirement, Tim gifted the building to a local charity which served underserved youth in the community. Tim also faithfully served our country as a Jet Engine Mechanic in the Air Force. During his time in service, he was deployed to Iceland, a place he would later lament as the most beautiful place he had ever seen.

In 1970, he purchased the first love of his life, a silver and black Chevelle SS. He bought it off the showroom floor and kept it in mint condition his entire life. In 1975 he met his greatest and true love Debi (Rice). They were married April 30, 1977.

During the week, Tim could be found playing handball with friends, and on a boat at Cuba Lake with Debi on the weekend. He patiently taught friends and loved ones to ski, perhaps with a few choice words no child should repeat. Tim and Debi spent endless summer afternoons driving friends and family around the lake; water skiing, tubing, and riding the dreaded Ski Bob. Tim will most fondly be remembered by many as standing behind the wheel of his boat with his tanned skin, shorts, converse sneakers and baseball cap, with a beer in a foam coozy in the cup holder.

While summers were dedicated to Cuba Lake, the cooler months were equally dedicated to watching the Blues in the basement and starting a fire. He was not ashamed to admit he cried tears of joy when the Blues won the Stanley Cup in 2019!

Tim was the friend you could count on to get the job done. He was always up to lending a helping hand. Whether it be finishing a basement, stacking wood piles, taking a look at the family car, Tim was there. When tornadoes hit the neighboring town in 2011, Tim left the house, with a chainsaw in hand, to find and help strangers in need.

Behind the tough exterior that was Tim Helbling was the caring husband who brought his wife flowers for no reason, the son who carried on a legacy, the friend who helped out, the uncle who taught you to water ski, the brother who waxed his sister's car, or simply changed a light bulb, the brother-in-law who always made you laugh with his quick wit.

Celebrate Tim in the fall with your windows down, the wind in your hair, and a smile on your face. During the winter, grab a cold Busch and enjoy a Blues game. Stop by a car show in spring and see if you can catch a glimpse of a ‘70 Chevelle. During the hot summer months, think of him as you pull out of the no-wake zone and hit the open water. Celebrate him, always.

A celebration of life will be held in the following weeks. The family will reach out when it is planned.

Memorials may be made in Robert 's name to National Federation for the Blind and American Cancer Society.
To order memorial trees or send flowers to the family in memory of Robert Helbling, please visit our flower store.