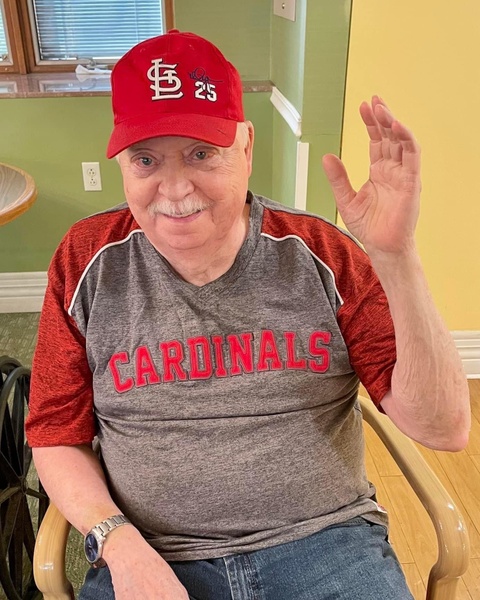 Robert proudly and honorably served in the United States Air Force. He enjoyed playing, watching and coaching sports, especially baseball. His love of sports was rooted as a young man, and he continued to play baseball while in the Air Force on their team. He loved to watch the St. Louis Cardinals and the MIZZOU Tigers. He also enjoyed hunting and fishing.

He was a family man, dedicated father to his daughter, and they were two peas in a pod. Robert was patient and calm. He always lent a hand to anyone in need. He resided at Mount Carmel, where he was adored and known as “The Mayor”. He loved everyone he met and he impacted so many lives. Simply put, he was the best.

Robert was dearly loved and will be greatly missed by all who knew him.

To order memorial trees or send flowers to the family in memory of Robert M. Colson, Jr., please visit our flower store.