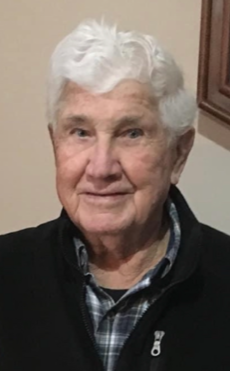 Bob is lovingly remembered by his son, Rick (Pam) Patten; grandsons, Steve (Haylee) Patten, Sean (Rachel) Patten and Seth Patten; great-grandson Owen; and many nieces, nephews, cousins, and friends. He was preceded in death by his loving wife of 64 years, Naomi, his brother, John Patten, and sister, Margie Sammons and his parents.

Bob served with distinction in the U.S. Army for 6 years as a combat engineer, attaining the rank of Sergeant First Class. He then went into industrial engineering; he worked in that field for nearly 40 years. He held many management and supervisory positions. Outside of work, Bob loved working with his hands and was always willing and gifted in fixing things.

Bob was always active in his local churches and often served as an Elder or Deacon, along with many years of teaching a Sunday school class. In more recent years, he attended First Assembly of Fort Meyers in Fort Meyers, Florida and St. Charles River Church in O’Fallon, Missouri. Bob was always tinkering with something and in recent years, enjoyed riding his electric motor bike with an American flag attached to the back, which brought him much joy and pride!

In lieu of flowers, memorials may be made in Bob's name to St. Charles River Church.