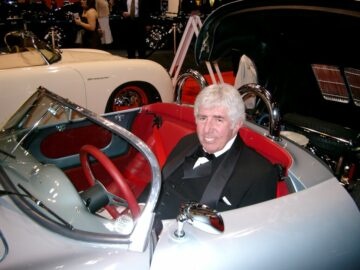 Rickie Dale Higginbotham, of Lake Saint Louis, MO, passed away Saturday, January 22, 2022 at the age of 75. Beloved husband of 42 years to Gail Higginbotham; cherished son of the late James and Vergie Higginbotham; dear uncle of 8 nieces and nephews; great-uncle of 22 great nieces and great nephews.

Growing up, Rick was a talented pitcher in high school becoming an All-Star pitcher for Pell City High School. He later received a Bachlore’s degree from Auburn University and then began his career at McDonnell Douglas. He was soon called to military service where he honorably served in the United States Army earning the Army Commendation Metal as well as multiple good conduct metals. Before retiring from McDonnell Douglas/Boeing in April of 2002, he gained a reputation of being an incredible Business Manager with everyone in the workforce respecting him and his work ethic.

It has been said that Rick had two personalities, work Rick and play Rick. Having a sense of humor and enjoying friendships, he loved to gather in social settings. Rick always had a drink recommendation for every occasion, and often, you would find Rick mixing a drink called “Fragile Babies” to toast with his friends. He loved to dance, mastering infamous disco moves earning him the name of “Disco Rick.” He was a storyteller, loved to entertain, and an avid grill master, using his Big Green Egg to grill up delicious meals. Rick’s love of cars led him to his ownership of many red sports cars. He was a great neighbor and friend, one who was unforgettable. Rick enjoyed life, but above all, cherished the life he and his wife, Gail, of 42 years built together. Rick was dearly loved and will be greatly missed by all who knew him.

Graveside services will be held privately at Bellefontaine Cemetery.