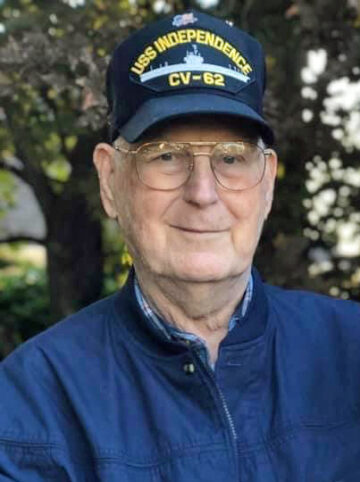 Richard K. Fritz, of Lake St. Louis, MO passed away Thursday, March 31, 2022, at the age of 90. He was preceded in death by his parents, Louis and Lavinia Fritz, and his older brother, Robert.  Richard is survived by his beloved wife of 70 years, Verla Fritz (nee Bossaller), his children, Debbie (John), Cindy (John), Jan; His loving grandchildren, John Bryan (Katherine), Courtney (Dennis); treasured great-grandchildren, Jude, Juliet, Hazel, Dane and Graham.  Richard proudly served in the United States Army during the Korean War. He was very patriotic and a proud veteran.  Richard retired from McDonnell Douglas after 44 years. He was the longest living member of Local 837 (73 years), Aerospace and Machinist Union.  An avid outdoorsman, he was a champion Skeet and Trap shooter. His love of nature and hard work enabled him to realize his dream of living at the lake for over 30 years.  He will be dearly missed by all who knew him and by his family that loved him.  Memorial contributions can be made to St. Jude’s Hospital for Children or the Alzheimer’s Association.  Baue Funeral Homes is currently following CDC recommendations regarding mask and social distancing policies.
To order memorial trees or send flowers to the family in memory of Richard K. Fritz, please visit our flower store.