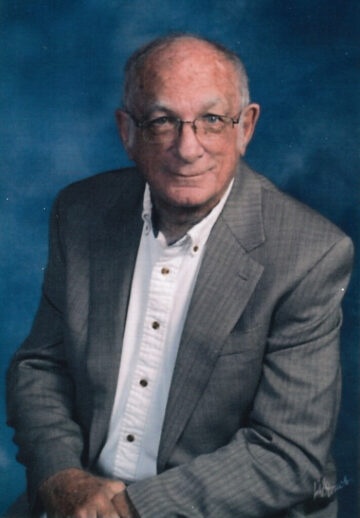 Colonel (Ret.) Richard “Dick” Prinster, of O’Fallon, MO, passed away Sunday, March 20, 2022, at the age of 83. He was a 1956 graduate of St. Charles High School where he excelled academically and discovered a love for fast cars. He then earned an engineering degree from St. Louis University and later an MBA from the University of Northern Colorado.

Dick proudly joined the United States Air Force in 1962 and married Helen Marie Beattie in 1965 while deployed to Germany. He rose to the rank of Colonel before retiring in 1985 and settled in Colorado Springs, CO until Helen’s passing in 2005. All along, Dick was an avid outdoorsman, tinkerer, and woodworker. In addition to a lifetime of hiking, fishing, hunting and camping, he finished climbing all 54 of the 14000’ mountains of Colorado with his son in 1992. He was always ready for a new adventure with his family and many friends. Additionally, Dick was committed to sharing his knowledge with the younger generation and spent many years volunteering with Junior Achievement. In 2007, Dick married Marva Lee (Willbrand Roellig) and moved to O’Fallon, MO to join her, her family, and to return to his roots in nearby St. Charles. During this time he was active in the Kingsmen Corvette Club and as a member of St. Paul Catholic Church in St. Paul, Missouri.