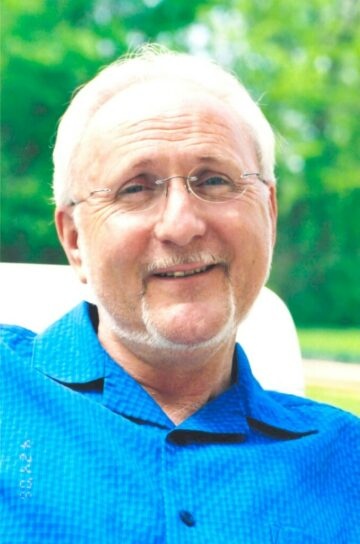 Funeral services will be live streamed on Sunday, January 23rd at 4:30 pm. Streaming details can be found here: https://www.facebook.com/mainstreetchurchstcharles/

David was born in DeSoto, MO to Otis & Lorene Harper on December 24, 1950. He was their Christmas present! He went to school at DeSoto High School and graduated class of 1969. He married Ruth Lynn Ames of Wausau, WI on June 19, 1982, in Webster Groves, MO. He worked as an Estimator for asphalt companies all over St. Louis, including Byrne & Jones, and Ford Asphalt for over 35 years. He proudly served in the Army National Guard from 1972 - 1982 and was awarded a Marksman Badge with a Rifle Bar.

David is survived by his wife, Ruth Harper; children, Joy (Ken) Steorts, Sarah (Lucas) Breneman, Isaac Harper, Jeremy Harper & Jessica Harper; siblings, Robert (Bob) Harper, Paul (Janice) Harper and Donna (Bill) Nickelson; his grandchildren who will miss his laughter and smiles: Freedman Steorts, Skye Steorts, Sofia Breneman, Nicole Breneman, Jackson Harper, Aaliyah Harper & Gabriel Harper; he is also survived by his sister-in-law Mickey Harper and brother-in-law Dale Shelley; many nieces, nephews, cousins and dear friends. He was an extraordinary husband, father and PaPa. He loved the Lord with all of his heart, soul, mind, and his neighbor as himself.

In lieu of flowers if you would like to donate to a memorial for David please send checks to Main Street Church 116 N. Main Street, St. Charles, MO 63301.

Our gratitude goes to the pastor and wife at Main Street Church, Doug and Sandra Hon, for all their support and love.

Private Service by Invitation Only