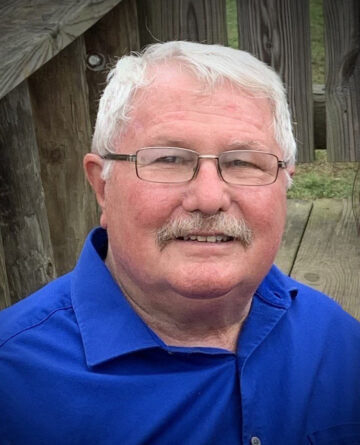 Dennis was born August 27, 1948 to Henry Louis Schwab and Hazel Henroid Schwab in St. Louis, Missouri.  He had an older brother, Don, and a younger sister, Diane.  Dennis was baptized at St. John’s Lutheran Church where he later attended grade school.  His devoted parents made sacrifices to send their children to Lutheran South High School and Dennis was President of St. Johns’ Walther League.

Dennis worked a variety of jobs to pay his way through college.  He completed his first two years at St. Paul’s Lutheran College in Concordia, Missouri, a junior college at the time.  He then attended Concordia Teacher’s College in Seward, Nebraska, where he met his beautiful wife, Sarah “Sally” Preus and graduated in 1970.

On August 1, 1970 Dennis and Sally were married at Grace Lutheran Chapel in Bellefontaine Neighbors.  They moved to Memphis, Tennessee, where Dennis had been called to teach fifth and sixth grades at Immanuel Lutheran School.  With his sense of humor and gentle way, he was beloved by his students.  While in Memphis, Dennis received his Masters degree in guidance and counseling from Memphis State University.  Four years later, their sweet daughter Sarah was born. While Dennis loved teaching, he increasingly felt called to enter the ministry as a Pastor.

In the summer of 1975, the family moved to St. Louis where Dennis attended Concordia Seminary while Sally taught at Salem Lutheran School in Black Jack.  In 1977 Dennis was called to Faith Lutheran Church in Fairfield Bay, Arkansas, where he served as vicar and then pastor. In 1978 Dennis and Sally were blessed with their son, Matthew who brought joy and excitement to the family.

In 1981, Dennis accepted a call to Knoxville, Tennessee to serve at Grace Lutheran Church.  The church was conveniently located next door to a Krispy Kreme donut shop, and Dennis enjoyed treating his children to a donut whenever they would visit him at work.  They made lifelong friends at Grace and enjoyed frequent camping trips to the Great Smoky Mountains.

The family moved to St. Charles, Missouri in 1986 when Dennis was called to serve at Zion Lutheran Church.  There they settled in among a church family that would become a spiritual home for the rest of their years. Dennis and Sally were both active in Bible studies, Sunday school, Lutherans for Life, the music ministry, and were steadfast sausage supper volunteers. Dennis helped form Cancer Companions at Zion. They sent their children to Zion Lutheran School and Lutheran High School St. Charles, encouraging them in the faith. Dennis was honored to serve on the Board of Regents of Concordia Seminary St. Louis towards the end of his career. Dennis retired as head pastor in 2010 to spend more time with Sally, working part time visiting the sick and shut-in until 2019.

Dennis’ love for the Lord and for the Lord’s people was evidenced daily in every aspect of his life and ministry.  His patience, kindness, joy, and optimistic spirit nourished the souls around him. With a true servant heart, he patiently cared for Sally through her health issues for many years at the end of her life. He was curious, patriotic, and adventurous. He loved to travel, but the family retreat at Gunflint Lake always held a special place in his heart.

Dennis is preceded into glory by his wife Sally.  He is survived by his children and grandchildren, brother Don and his wife Patsy Schwab, sister Diane Schwab, in-laws Gerhard and Patricia Bode, George and Delpha Harris, Peter and Carolin Schmidt, Mark and Idella Moberg, Bill and Mary Churchill, Jack and Sherry Preus, and Steve and Peggy Jones, and many nieces and nephews and cousins. His love, kindness, and joyful spirit will be missed by all.

Memorials may be made in Dennis' name to Zion Lutheran Church, School Endowment Fund Harvester, or Lutherans For Life, St. Charles Chapter.


To order memorial trees or send flowers to the family in memory of Rev. Dennis L. Schwab, please visit our flower store.