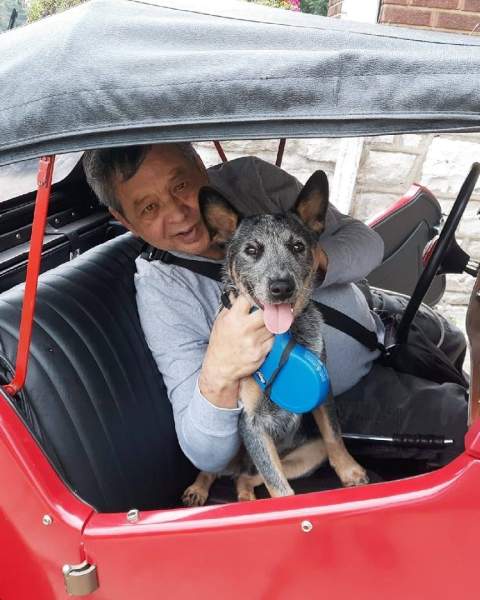 Raymond "Ray" Puder, age 72, passed away peacefully on Sept. 9, 2022, surrounded by his family. Even though a failing heart took him away, the love he had in his heart continues to shine on through us. Ray has left us with memories we will cherish within our own hearts.

Ray had a passion for classic British cars, especially MG sports cars. They were not exactly right off of a showroom floor, more like abandoned on the side of a highway. Ray actually tracked down the owner of one such car who was glad to give it away.  Another car was being towed to the junkyard by its owner. He happened to notice the 2 "classic" MGs in our driveway, drove up & asked Ray if he would like another one... Some of Ray's more exceptional MGs (which still had all of their body and engine parts) came from family members. At least we always knew where Ray was; working on the MG or test driving it after working on the MG.

Ray liked to refer to himself as a LVAD Warrior. An LVAD is a pump implanted for patients who have reached end-stage heart failure. He blew past the average LVAD survival rate of 2 to 5-1/2 years and had his pump for 8-1/2 years. During the times when he had to be hospitalized or forced to slow down, he was an inspiration to those around him. His faith in God and our Lord Jesus was unwavering. His willingness to continue on for his family and friends (many of whom were his nurses & staff at Big Barnes) was amazing.

Memorial contributions may be made in Raymond's name to DAV (Disabled American Veterans) or the American Heart Association.