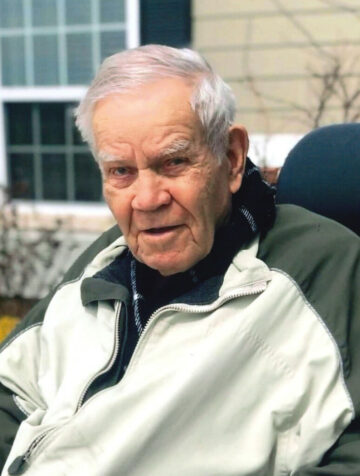 Ray W. Miles, Jr passed away peacefully in his apartment at Parkside Assisted Living Center in Rolla, MO.  surrounded by his loved ones on Saturday January 22, 2022, at 2:22 pm at the age of ninety-five and nine months. Ray lived his life with his wife raising their family at 52 David Dr. St. Charles, MO. up until 2019 when he moved to Rolla, MO.

Ray proudly served in United States Navy during the end of World War II and Korean conflict. He was a member of the Masons, Mechanics Lodge 260, the NRA and Teamsters Union. Ray was a devoted family man providing for his family through different local trucking driving jobs. Ray retired from Tom Boy, Inc. in 1984. Ray attended church through out the years being a member of the Presbyterian Church (PCUSA), although he truly enjoyed being out in nature as much as possible hunting, fishing, camping and spending time with his grandchildren and great grandchildren and working on cars. Ray attended The David Ranken, Jr. School of Mechanical Trades. Ray provided a great mission with his gift in auto mechanics.  He believed you had to have a working car to have a job to provide for your family he rarely turned anyone away even if they couldn’t pay him.  Ray enjoyed knowing he could help people by ensuring their cars ran and had fun with the “gearheads” that would come around and learn a few things about auto mechanics.
Ray was dearly loved and will be missed by all who knew him!

In lieu of flowers, memorials may be made in Ray's name to Wounded Warriors or Mound Ridge Retreat and Mission Center, Inc.   Both are 501c3 non for profit entities