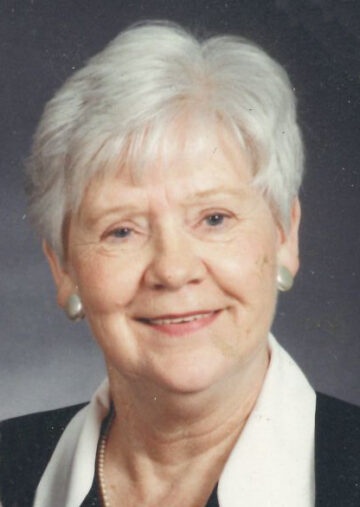 Phoebe was born & raised in St. Charles where she attended Immanuel Lutheran School and later Lindenwood College.  She married Earl Stiegemeier and raised their children. Phoebe met Vernon on a blind date and they were lovingly married for almost 40 years. She was a member of Book Club and enjoyed needlework, gardening, and cooking. Phoebe was a very talented singer from the time she was very young.  She began in high school and continued singing for years and years at weddings, funerals at Baue Funeral Home and the annual Boar's Head Festival at Immanuel Lutheran Church. Phoebe was blessed with a voice like an angel and is now singing in God's Choir. She was a true Christian woman and a dedicated lifelong member of Immanuel Lutheran Church. Phoebe was very close with her family and they all enjoyed many Sundays at Granny and Grandpa's house. Phoebe was dearly loved and will be greatly missed by all who knew her.

Memorials may be made in Phoebe's name to St. Jude Hospital and Community Loving Care Hospice.
To order memorial trees or send flowers to the family in memory of Phoebe M. Pearson, please visit our flower store.