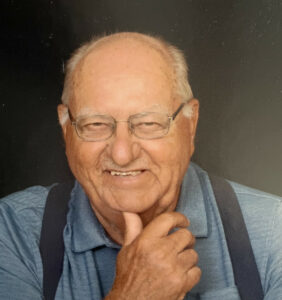 Paul proudly served in the United States Navy for twelve years and wrote letters from overseas, to his now wife of 56 years. He was a longtime member of St. Lawrence The Martyr Parish of Bridgeton where many cherished friendships were made with all 5 kids attending school and playing sports there. Paul and Rosalie then moved and became members of Assumption Catholic Church in O’Fallon, Missouri. Paul was hardworking, he worked every day until he could not anymore at the age of 84. Paul cherished family, what he loved most was when his kids and grandchildren filled their home. Paul was extremely proud of every grandchild. He will be greatly missed by all.

In lieu of flowers, memorials may be made in Paul's name to School Sisters of Notre Dame.