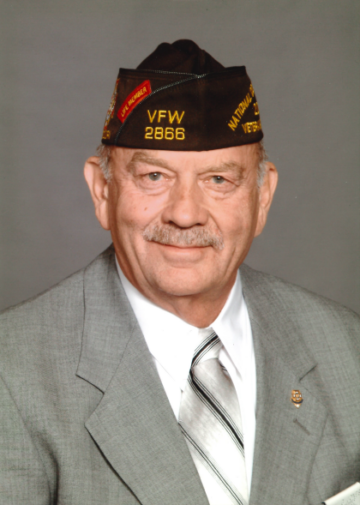 Paul Garrett Jones, of St. Peters, MO, died June 16th, 2022, in his home of over 40 years. Son of Albert and Gladys (Norred) Jones, Paul was born in St. Charles, MO, on August 4, 1933. He attended St. Charles High School until he enlisted in the United States Army where he later received his high school diploma. He honorably served in the Korean War and has archived his military experience in the Library of Congress Veterans History Project. After Paul’s service to his country, he worked as a carpenter and was a proud card-carrying member of Carpenter's and U. A. W. of St Louis for over 35 years. He then worked for General Motors as a Warehousemen for 30 years until he retired. Like his wife Jackie, Paul was active in his community through various organizations. He was an active member of the V. F. W. Post 2866 where he worked his way up to Post Commander in 1983. Later, he became an All-American State Commander in 2001, progressing up to a National District Council Member in 2003. Additionally, Paul was a Grand Commander of the Military Order of the Cooties in 1996 where he worked bingo, fish fries, turkey shoots and participating in monthly veteran home visits. Paul was a pillar of his community as a Color Guard Commander for many years participating in city celebrations, parades, and officiating multiple dedications not limited to but including the veteran's memorial bridge. Paul is a member of AMVETS post 206 and the American Legion as well.

Paul was preceded in death by his wife, Jackie (Benskin) Jones, and his parents and four siblings. He is survived by his children Paul (Katy) G. Jones II, Susan (David) P. Bullington (Jones), four grandchildren and two great-grandchildren, and his brother Roger (Janet) Jones. A service honoring Paul’s life will be held Tuesday June 28th, 2022 at Cave Springs Baue. The visitation will be 2-3 pm followed by a service.

Paul was and is loved deeply by his family. His presence was engaging and hard to ignore, everyone knew when “big boy” came into the room. It is a presence that cannot be replaced and will be deeply missed.
To order memorial trees or send flowers to the family in memory of Paul G. Jones, please visit our flower store.