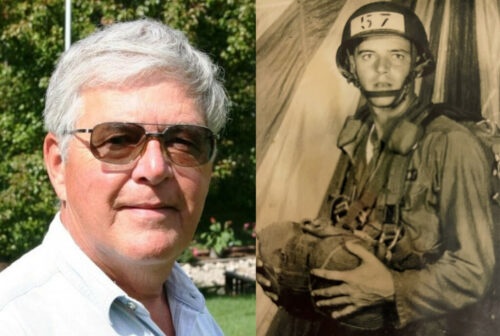 Paul proudly and honorably served in the United States Army during the Vietnam War as a parachute rigger.  After serving his tour of duty, Paul joined his father's export business.  He was the chaplain for the VFW Post 10350.  He was also a member of the Pontooner’s Club and the Historical Society of Lake St. Louis.  He was on the board of directors for the Lake St. Louis Ambassadors Organization and was the secretary as well.

Paul met Betty more than 20 years ago, they were best friends and soulmates since 2000, and they were married in their home on November 23, 2018.  They traveled together, had fun and many love-filled moments through their time together.

Paul was very spiritual and always volunteering. He was ordained at the Soul Esteem Center Metaphysical Church and served as a mentor and chaired the 12-Step spiritual program.  He was a helper and a service person and always remembered everyone's names.  Paul was on the board of directors at the Lighthouse for the Blind from 2009 – 2015 and served as the secretary for 5 years.

In his spare time, Paul liked playing golf and enjoying the outdoors. He loved traveling and his favorite places to visit were Cancun, Canada and Cabo. He always looked forward to scuba diving while on vacation as well.  He was well versed and a seasoned traveler.

More than anything, Paul loved spending time with his children, grandchildren, and great grandchildren.  He was a friend to everyone, and he will be dearly missed by all who knew him.

In lieu of flowers, memorial contributions may be made in Paul's name to Lighthouse for the Blind or the VFW Post 10350.