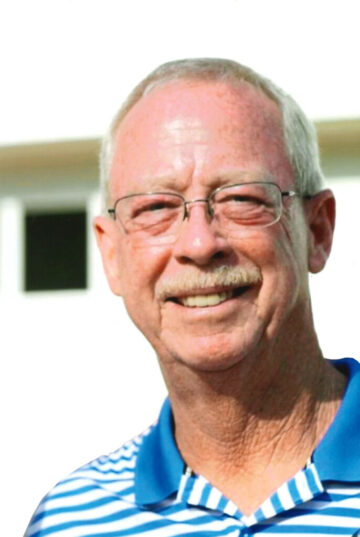 Born on October 8th, 1958 in St. Louis, Paul moved with his 8 sisters and parents to St. Charles in 1969 where he spent his childhood. He attended St. Joseph’s in Cottleville and graduated from St. Dominic High School, Class of 1977. At 20 he started his first construction company and went on to build, buy, and sell half a dozen businesses successfully over his lifetime. Paul was a true entrepreneur. When Paul wasn’t working indoors he was outside, working his farm. He learned how to mend fences and barns. He put in a pond and stocked it. He tried his hand at growing asparagus. And when his bumper crop finally arrived he shared it with family and friends. Once an avid hunter, Paul took great pleasure sitting on his deck, using his telescope and binoculars to watch deer and birds gather on his property. He considered them his neighbors and took great care in making sure they called his property their home.

Paul was an exceptional athlete in soccer and hockey. But later in life, golf was a sport shared with his family, especially his father. He headed, and was a main benefactor, of the first annual golf tournament for St. Dominic High School. More than a decade later it is still his alma maters biggest fundraiser. He was a STL Cardinals, Blues and Rams Super Fan as well a season ticket holder. Paul’s tailgating escapades in his big blue and gold RV for the STL Rams were legendary. Paul was generous with friends and family whether it involved money or time. One of his proudest achievements was helping Frankie Martin, the custodian at his grade school in Cottleville, save his mother’s home and get it listed as a historical building so it wouldn’t be torn down and Frankie could continue to live in it. Now the home and the surrounding acreage, called “Frankie Martin’s Gardens”, is the town centre, where families gather among picnic tables and food trucks, to hear live music and play pickle ball.

His love of travel took him across the United States, especially the Southwest. His love of “odds” took him to crap tables, where he was pretty good with a pair of dice. He liked adventure and he lived his life that way. A perfect evening for him was a few drinks with family and friends at his local watering holes, heading home to ride on his property, and as dusk approached, sitting on his deck, binoculars in hand watching the sun slowly dip below the horizon. We know we can find you there now Paul, just beyond the horizon. We love and miss you.

In lieu of flowers, memorials contributions may be made to American Diabetes Association.