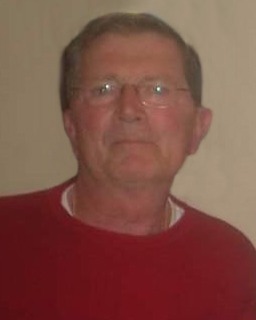 Nicholas “Nick” G. Kreitler, of O’Fallon, MO, passed away Sunday, December 11, 2022, at the age of 82. Cherished son of the late Nicholas L. and Stella Kreitler. Devoted father of two sons; dear brother of Robert Kreitler, Rose Stevens, and Ronnie (Terrie) Kreitler; uncle to many nieces and nephews. Nick is preceded in death by his son, Mark Kreitler and daughter, Alana Kreitler.

Nick was a devout Catholic and a faithful member of Immaculate Conception of Dardenne. He loved the outdoors and enjoyed spending time in the woods, camping, and traveling. Nick was an accomplished Butcher through Schnucks for over 30 years. He was dearly loved and will be greatly missed by all who knew him.

Memorials may be made in Nick's name to St. Vincent DePaul of Immaculate Conception Catholic Church of Dardenne.

To order memorial trees or send flowers to the family in memory of Nicholas "Nick" G. Kreitler, please visit our flower store.