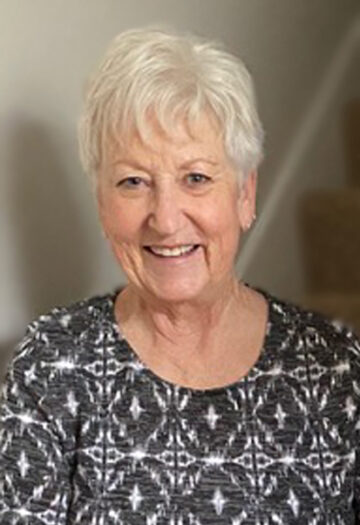 Myra was born July 10th, 1946, in Hastings, Nebraska to Armond and Doris (Goodin) Berg. She spent her early childhood in Gordon, Nebraska before her family moved to Casper, Wyoming in 1958. She graduated from Natrona County High School in 1964 and married the love of her life, Dan W. Thompson on July 15th, 1965. They moved several times between Wyoming, California and Texas before settling in Mineral Wells, Texas in 1972. Myra worked at Cullen Grimes Elementary School until they moved to Abilene, Texas in 1981, where she worked as the Administrative Secretary for the Abilene School District.

Dan and Myra moved to House Springs, Missouri in 1987 and lived there until they returned to Lander, Wyoming in 1994 where they owned and operated T’s Kountry Korner, in Kinnear, Wyoming. Having a large extended family, they spent many 4th of July celebrations at their home in Lander. They retired in 2005, spending their time traveling to Utah, Texas and Missouri to see their friends and family. They spent their winters snow birding in Casa Grande, Arizona where they established a large group of friends.

After Dan’s passing in 2009, Myra continued to do what they loved most, travel and spend time with family and friends. She moved to St. Charles, Missouri in 2018 but continued to snowbird with her friends in Arizona until 2020. She was named an honorary Canadian by all of her Canadian friends.

Anyone who knew Myra, knew that she was a strong woman of faith. She was baptized into the body of Christ in 1971. Through all her travels she was always able to find a harbor in the Christian faith, through bible studies and church families, blessed by the people she met along the way. Her greatest joy was sharing her relationship with Our Lord, Jesus Christ.

Memorials may be made in Myra's name to Grace Presbyterian Church - www.gracepca.net or BJC Hospice Lumina Program - www.stlouischildrens.org/giving

Pastor Mike McLaughlin will be officiating the Service. Per the family’s request, masks are required.
To order memorial trees or send flowers to the family in memory of Myra Thompson, please visit our flower store.