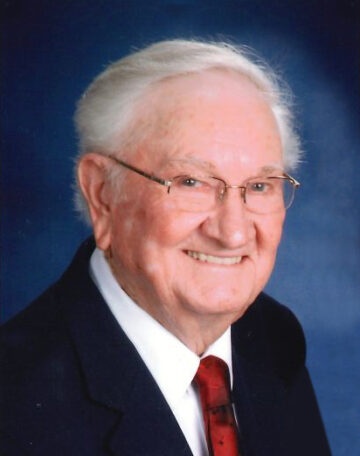 Mitchell proudly served his country in the United States Air Force. He retired after more than 35 years with McDonnell Douglas/Boeing as a superintendent.  He was a Grand Knight in the Knights of Columbus. Mitchell lived his whole life in St. Paul, went to daily Mass, and was very faithful to the Lord.

As an avid sports fan, Mitchell enjoyed golfing, and he especially loved watching St. Louis Cardinals baseball. In his younger years, he played basketball, baseball, and cork ball.  He was a big supporter of his sons and grandkids sporting events. He was very involved with his church, St. Paul Catholic Church.

Mitchell loved to travel with his wife and have dinner with family. He enjoyed yardwork, planting flowers, and riding around in his golfcart, watch out squirrels!  He had a great heart and was feisty in his own way.  He always looked forward to playing Euchre with family and friends. Mitchell was dearly loved and will be greatly missed by all who knew him.

Memorials may be made in Mitchell's name to Siteman Cancer Center or St. Paul Catholic Church.