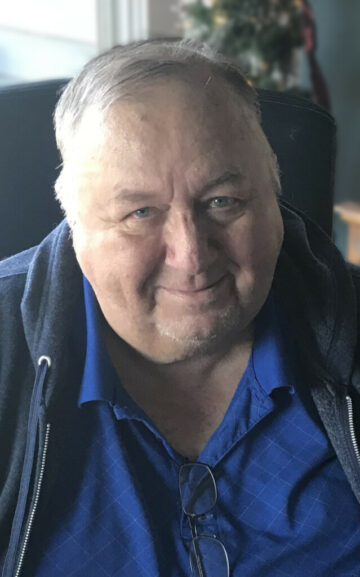 Family and Friends with much sadness we would like to share that Michael “Mike” N. Reiland  passed away unexpectedly at the age of 72 on Tuesday 2/22/22.

Mike was born on July 15th, 1949, in Mankato, MN to Donald and Marcella Reiland.  Throughout his teen years he had a paper route, worked at the local grocery store and sold Christmas trees every year with his father.  At the young age of 19, Mike entered the Air Force and was stationed in Thailand and Germany during the Vietnam War as an egress mechanic.  While in Germany, he spent many nights in Luxembourg living it up where he met his future wife Christiane Baum. Mike and Chris were soon married in a castle in Luxembourg.  They were set to celebrate their 50th wedding anniversary on March 4th.  Mike and Chris had two sons, Terry and Kevin, while in Germany and a third son Shawn,  after moving to Missouri.  After leaving the Air Force Mike joined McDonnell- Douglas as a technical writer for their fighter jets program.  Mike remained working as a technical writer with the company even after it was bought out by Boeing and retired after 30 years. He was also a long time member and retiree  of the Missouri Air National Guard.

Mike was an avid collector of everything and could fix anything, usually adding a few modifications he felt improved the overall design.   Mike also had a heart of gold, never met a stranger, and was always willing to help out anyone who needed assistance.   He was an avid supporter of BackStoppers in St. Louis, Mo. and  helped start the Warrenton chapter of Backstoppers.

Mike was preceded in death by his parents and younger brother Phil. Mike is survived by his wife of 49 years Chris, his sister Laura Sorenson (Ken), and brother Pat (Beth), his sister-in-law Kelly,  three sons: Terry (Karen), Kevin (Laura), and Shawn(Georgette),  and 9 grandkids who knew him as “Bopa.  Bopa always kept a collection of treats and sweets at his house and was always excited to share his “secret stash” with them.

Mike will be interred at Jefferson Barracks with a future celebration of life with close friends and family.  Donations can be made in his memory to BackStoppers of Missouri.
To order memorial trees or send flowers to the family in memory of Mike Reiland, please visit our flower store.