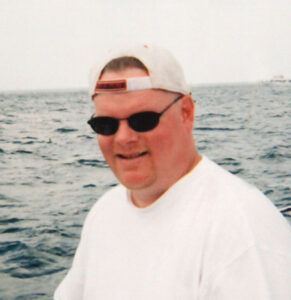 Michael Crane, of O’Fallon, MO entered into eternal rest December 21, 2021 after a long illness. Mike was born September 10, 1966 in Pomona, CA and moved to St. Charles, MO when he was three years old. Mike was a graduate of St. Charles West High School and a graduate of the University of MO, St. Louis with a BS in Criminal Justice. Mike was employed for 25 years with St. Charles County.

Mike liked hunting, fishing, camping, and hiking; and he always liked spending time with his family. His greatest joy was his great nieces and great nephews.

Mike's funeral will be private, and donations to Backstoppers in memoriam of Mike are greatly appreciated.
To order memorial trees or send flowers to the family in memory of Michael Dale Crane, please visit our flower store.