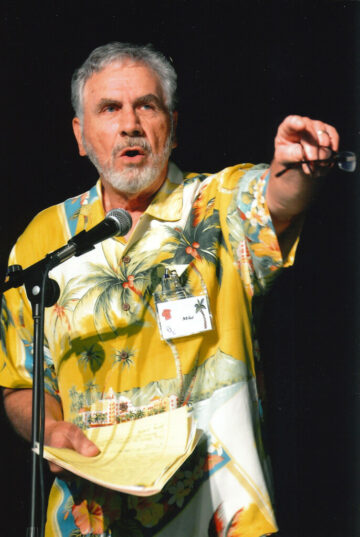 Michael Currier Fridley of O’Fallon, Missouri, passed away suddenly at his home on February 2, 2022.  Mike was born on October 9, 1945, to Ellis Lavon and Christina Katherine Scholle. He was the youngest of seven siblings and was raised on South Benton Avenue in St. Charles, Missouri. Mike attended St. Charles High school where he met his high school sweetheart, Diane. He graduated from high school in 1963, attended the Air Force Academy Prep School for a year but returned home to complete his degree as a civil engineer from University of Missouri, Rolla, MO (Missouri of Science and Technology) in 1969.  During college, Mike was a four-year letterman in football while attending UMR and is in the Miner Hall of Fame. He married Diane, the love of his life in 1967. Diane took her first job as a teacher in Rolla while Mike completed his education. He stayed on as a graduate assistant football coach to complete a Master’s degree in Engineering Management 1970.

Upon graduation, Mike and Diane spent the next years living in New York, Pennsylvania, and Virginia with his job as a manufacturer’s representative. They started their family in Syracuse, New York where their son Michael was born. They moved back to St. Charles to be closer to family where daughters Jennifer and Erin were born. Mike and Diane settled on their beloved 8 acres of land in O’Fallon, Missouri. They built their dream home in 1979 on Country Roads, within walking distance of Busch Wildlife and the original site of Dardenne Presbyterian Church. Mike spent his professional years with Ingersoll Rand; Carboline; Vandevanter Engineering; and completed his engineering career at Chem-Solv, Inc. where he was Vice-President and Sales Manager in Kirkwood, Missouri. He retired in 2013 to spend more time with Diane, his children, and grandchildren.

Mike was truly one-of-a-kind. He built strong relationships and touched so many people throughout his life. He could talk to anyone and everyone and developed life-long friendships with high school classmates, fraternity brothers, professional contacts, neighbors, and his beloved church family. He loved being at home on Country Roads, just like the John Denver Song “Take Me Home Country Roads”.  He was always available for his children and grandchildren, who enjoyed being outside and never refused a ride on his John Deere tractor. A self-proclaimed “history buff”, his Civil War library is voluminous. In recent years, you could often find him at Dardenne Presbyterian Church where he served in many roles including Deacon and Church Historian. He and Diane have enjoyed their many road trips to historic sites. Their two longest trips were re-tracing Lewis & Clark’s 3000-mile route across the country and back in 2002 and 2004.

In Diane’s words he was a man for all seasons. It is difficult to put Mike’s life story into words. He enjoyed reading, hiking in his woods, feeding the deer and birds, watching any sport especially Cardinal’s baseball, wood working, reading the sports and comics in the daily paper, fishing with his son, golfing with friends, smoking cigars and pipes, church, and of course spending time with his family. He was and will remain their rock and their foundation forever. He was a man of great faith, whose soul was firmly planted in Christ. Mike leaves behind a legacy of love for all who knew him.


To order memorial trees or send flowers to the family in memory of Michael Currier Fridley, please visit our flower store.