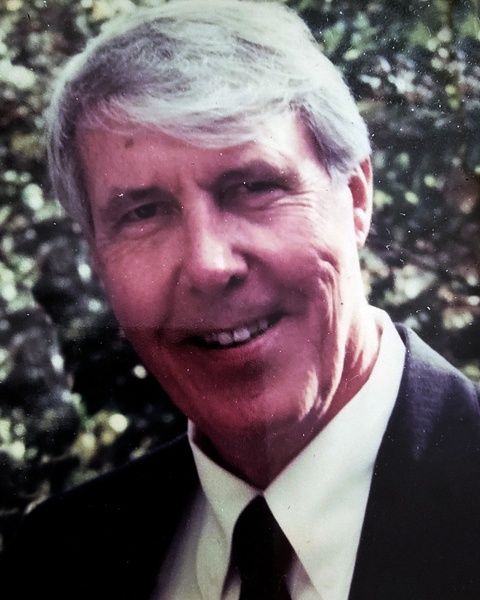 Marvin Barnum was a renaissance man who passed away on October2, 2022 at the age of 95.  He had a wonderful life growing up unfettered and wild on a farm near Fairview OK.  Born to Elden and Verna Barnum on June 14, 1927, Marvin attended schools in near their farm in Cheyenne Valley in the shadows of the nearby Gloss Mountains along the banks of the Cimarron River.  He graduated high school, graduated and entered the Navy at the end of WWII.  On the bus ride to bootcamp, Marvin was bullied by another enlistee who persisted in calling him a “dumb Okie”.  During basic training marching drills Marvin arranged to march directly behind this bully, stepping on his heals causing the bully to get called out, barked at and punished by the drill instructor.  Later, rather than remaining assigned to dangerous artillery shell disposal duty, Marvin got himself assigned to the camp bakery, whereupon he made sure the “bully” always received the smallest of small desserts.  After the war, Marvin enrolled at Northwestern Oklahoma State University in Alva, OK.  During his college career he met Betty Jean King when they both worked at the local soda shop and movie theater.  They married and upon graduation Marvin began a teaching career in Sciences, Cleveland, OK.   Mavin and Betty had three children along the way, Mike (deceased), Doug, and Susan (deceased).  While teaching in Cleveland, Marvin pursued a Master’s degree at Oklahoma State- Stillwater, but the family was restless.  After the local school board objected to Marvin’s teaching of evolution theory, Marvin applied for the unknown to escape.  Marvin was accepted for duty in 1959 into the US AID program administered by OSU, in Jimma Ethiopia.    Betty’s response was “great, don’t know where that is but let’s go”. The family relocated to Eastern Africa for 2 of the most impactful years of the family’s life.  In a later book dedicated to this two-year adventure, it was noted that in leaving a job because of his insistence on teaching human evolutionary theory, Marvin took the family to the region of the world now thought to be the “cradle of human evolution” – how ironic.  Marvin then secured a scholarship to Washington University in St Louis, MO upon return to the US, and they family moved to Creve Coeur, MO.  During that one year, Marvin was hired into the newly established St Louis County Community College System, Florissant Valley campus, In this position he helped build the science Department, helped establish the college wide nursing program, and served as Department chair.  He retired after over 3 decades there and launched several small businesses, the most successful being an in-home picture framing venture which he maintained into his 80’s.  During his life Marvin was a skilled carpenter on his homes, an avid photographer who documented the family travel around the world – and instilled the love of photography in his sons, taught himself how to paint in watercolors, and taught himself how to play the guitar.   He continued his love for cooking and made sure all his grandkids were skilled at the art of bread dough pounding and watercolor painting.  Whatever Marvin decided to do he accomplished all while raising a family with his devoted wife Betty, and both holding demanding full-time jobs.

Marvin and Betty were married for 67 years, spending the last 40+ years of their lives together in their dream home in Lake St Louis, MO, a home filled with antiques collected during their passionate pursuit of estate sales throughout the Midwest.  Betty preceded Marvin in death on December 24, 2019.   Marvin was also preceded in death by his brothers Delbert and Harlin, sister Shirley, his son Mike, and his daughter Susan.  Marvin is survived by his son Doug Barnum, grandchildren Jason Bastunas, Nathan Bastunas, Steven Bastunas, Brienne Runyon, and Brady Barnum.  Marvin is also survived by 8 great grandchildren.