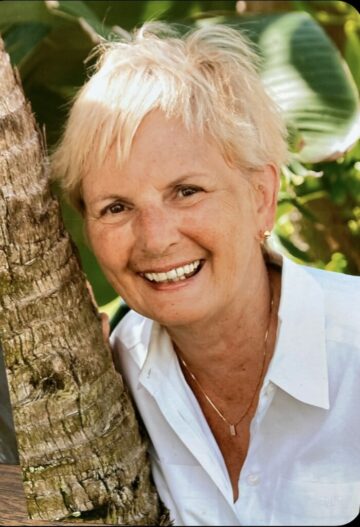 In the early evening of Tuesday, December 22, Margaret passed away peacefully with her children Scott and Carrie by her side.

Margaret was born and raised in St. Louis County. She graduated from Ritenour High School where she met Lester Gamblin, Jr. they dated and later married in 1959. Les was the love of her life and together they had two children Scott and Carrie. They were happily married for 57 years and shared a wonderful life together. They took many wonderful vacations and especially loved boating at the Lake of the Ozarks.

After retirement Margaret and Les moved to Cocoa, Florida. Margaret became a member of the Red Hat Society and became a “Red Hatter” where she made many great friends. She joyfully planned many vacations and weekend getaways as traveling was one of her passions. Margaret enjoyed decorating and reading biographies of presidential first ladies.

Affectionately named “Mimi” by her grandkids she loved spending time with them. She was a fun and adventurous grandma, she would plan trips to the zoo, musicals, museums, waterparks, Disney, the beach and so much more!

Margaret enjoyed a rich and full life and will be lovingly remembered by all who knew her.