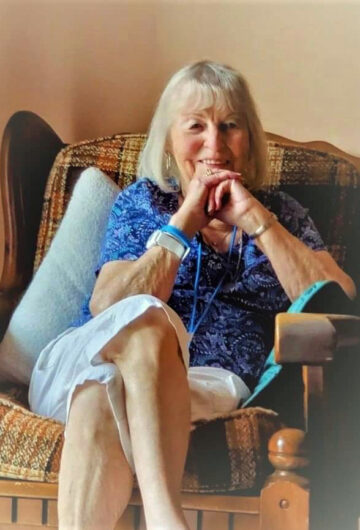 Marcy enjoyed playing Kings in The Corner and Canasta. She loved listening to music and dancing. Marcy’s favorite holiday was Christmas. She loved her family and prayed for them daily. It was important to her that she shared her Faith and passed it on to her children and grandchildren. She will be remembered by her beautiful smile, her laughter and her larger-than-life personality. Marcy was quoted in an interview, “It’s only a thin veil between us and our loved ones on the other side of Heaven.” Marcy’s goodbye was always “May God Bless You and Keep You.” Marcella was dearly loved and will be greatly missed by all who knew her.

In Lieu of Flowers, Catholic Masses preferred, or memorials may be made in Marcy’s name to Sts. Joachim & Ann CARE Service.

To order memorial trees or send flowers to the family in memory of Marcella A. “Marcy” Benoist, please visit our flower store.