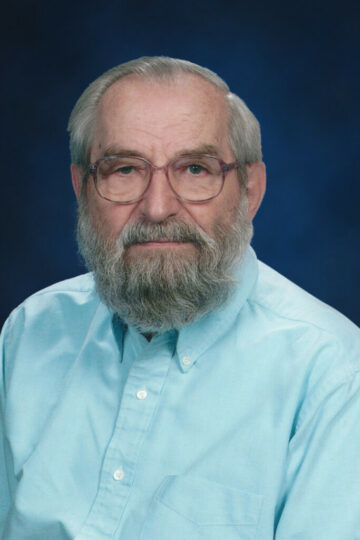 He was born in Mariënburg, Prussia (now Malbork, Poland) on September 14, 1929, the only son of Assaph “Fred” Eschner and Frieda Eschner. After the Second World War, they emigrated to the US where Lothar was proud to become an American citizen in 1954. He married the love of his life, Erna Bandzmer in 1952; they have been happily married for over 69 years.

At 11 years old, Lothar trusted Jesus to be his Lord and Savior. As a result, his relationship with God became the most important thing in his life. As an avid reader and student of the Bible, he taught the Bible at church and, for a season, from his home.

Being a husband and father was important in Lothar’s life. He lived out his faith, leading his family to follow after God. He was a good man.

Lothar applied himself diligently to the field of electronic engineering. Determined and mostly self-educated, he rose to the position of a lead engineer at McDonnell-Douglas and Boeing.

He is preceded in death by his parents Fred & Frieda Eschner, and grandchild Josiah Niezwaag.

Lothar had requested that, in lieu of flowers, donations be made to "Grace Community Chapel Missionary Fund”.

To order memorial trees or send flowers to the family in memory of Lothar Eschner, please visit our flower store.