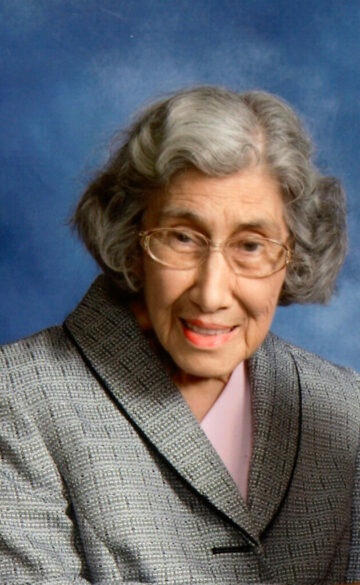 Loretta Loeffler, of Saint Charles, MO, passed away Sunday, April 17, 2022, at the age of 87. Beloved wife of the late Henry Loeffler; cherished daughter of the late Henry and Mary Tipp. Loretta is survived by nine children, many grandchildren, great-grandchildren, godchildren, nieces, nephews and cousins. She is preceded in death by three brothers, George Tipp, Harry Tipp and Vernon Tipp.

Loretta was a devoted member of St. Charles Borromeo Catholic Church and was active in their St. Ann’s Sodality. She was a faith-filled lady and enjoyed attending church. Loretta had a strong work ethic, which she also instilled in her children. She started her career at A.C.F. as a secretary and was proud of her math and secretarial skills. She worked at Grant’s Department Store until they closed. She served as Deputy Collector for St. Charles County Collector’s Office for over 21 years.

Loretta was a very giving person. She cared for her mother and brother, Harry. Her greatest loves were her children, grandchildren and great-grandchildren. She also looked forward to her monthly get-togethers with old friends from high school. Loretta was an avid fan of cardinal birds. She enjoyed playing bingo and going to the casino.

Loretta was dearly loved and will be greatly missed by all who knew her.

Memorials may be made in Loretta's name to Willows Way or St. Vincent DePaul at St. Charles Borromeo Church.

The family would like to thank SSM Hospice for their care and continued support.