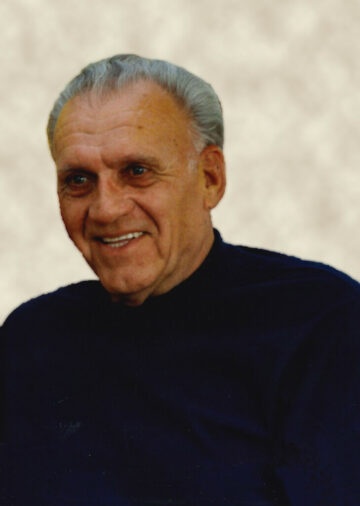 It is with great sadness that we announce the passing of Loren M. Bowman, Sr. on Sunday, May 22, 2022. He was preceded in death by his parents, Cecil and Esther Bowman; his brothers, Myron and Milton Bowman; his sisters, Thelda Bowman Gately and Esterline Bowman Sellin. He is survived by his children, Loren (Anna) Bowman, Jr., Laurel (Helen Varga) Bowman, Lyndell (Denessa) Bowman, Lalita (David) Creighton and grandchildren, Katie (Kevin) Ruegge and Kirk Bowman. Also, he has three step-grandchildren, Nic Dohrman, April (Nick) Alberts and Amos Cox. He has eight step great-grandchildren.

Loren was born August 30, 1932, in Burlington, Kansas and graduated from Carbondale Rural High School. After many years farming, he went on to attend Washburn University in Topeka, Kansas, where his studies were interrupted by military service during the Korean War. He served as an anti-aircraft artillery gunnery sergeant and had most of his training at Ellsworth Airforce Base in Rapid City, South Dakota. After serving, he proceeded to complete his degree in mathematics from Washburn. Post-graduation, he took a position with Bendix Corp. and moved to Kansas City, Missouri. Within a few years, a growing family necessitated a move to St. Louis, Missouri, where he went to work for McDonnell Douglas, and later for Boeing Corp. after their purchase of McDonnell Douglas. He finished his career with IBM Corp. when Boeing outsourced his computer aid department to IBM. He retired at age 70.

Loren supported and was very active in his children’s activities, sports, music, school plays/concerts; and their various hobbies, horseback riding and different collections, such as penguins, matchbooks, beer cans, etc. He enjoyed an active lifestyle which included recreational softball, fishing, collecting coins and carnival glass; and above all celebrating Christmas, as it was by far his favorite holiday. He took great pride in making a huge production of it for his children. Loren loved the outdoors; fishing, rock hounding and traveling, especially if he could combine these things while seeing the country, particularly the west, and specifically the Arizona/New Mexico region, the Black Hills of South Dakota, Canada, Colorado, California, and Kentucky Lake.

In Loren’s later years, he enjoyed reading westerns and mysteries, as well as his frequent visits from many wonderful neighbors. He was dearly loved, affectionately known by those living near him as the honorary neighborhood greeter, and will be greatly missed by all who knew him.

Memorials may be made in Loren's name to any local food bank or Disabled American Veterans.
To order memorial trees or send flowers to the family in memory of Loren Bowman, please visit our flower store.