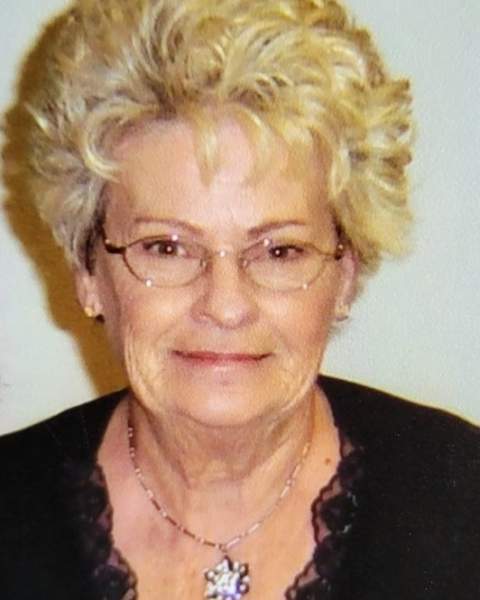 Linda Arlene Timmerberg, 80, of Wentzville, MO was welcomed into the Kingdom of Heaven on November 5th, 2022, after a valiant battle with cancer. She went peacefully in her sleep without any pain; with her children at her bedside, in the home Dad and her built together over 37 years ago. Her wish fulfilled.

Linda was born on February 16th, 1942, to Claude and Sophie Harwell in Poplar Bluff, MO. Her parents moved back and forth from St. Louis to Poplar Bluff throughout her childhood. She graduated from Central High School in 1960, where she focused her studies on business administration; of course, that was the days she wasn’t sneaking out the bathroom window after her Daddy dropped her off.

After graduation she acquired her first job at the Southwestern Bell Company as a Long-Distance Operator until 1962. Her next job: at McDonnell Aircraft (NKA McDonnell Douglas) would prove to be the most noteworthy job of all. She was a Switchboard Operator from 1962 to 1964; it was here where she would meet her soon to be very persistent boyfriend, James Timmerberg. They would go on to marry on April 11th, 1964. The Lord blessed them with 56 years together where they went on to have 3 children. Gregory James in November of 1964, Vincent Anthony in November of 1970, and Amanda Lynn in September of 1973.

Linda encompassed the true meaning of the word Homemaker back in 1964. She chose that career path back then and continued to bring it forward throughout her life until her passing. Not only did she take care of the kids and the house, helping alleviate some stress from our father, but she too would also work off and on as needed to help out the family. Working at Merollis Chevrolet, Conductron Electronics, Comfort Inn and Days Inn to name a few. Her most treasured job though is the one she retired from a few years back. It was at Walmart in Lake St. Louis, MO. She worked there 10 years with her sister, Gerry. Most people don’t like to go to work, especially on Holidays; not her, she loved work especially because she was working with her older sister Gerry. After they retired it turned into nightly phone calls. We definitely need a cloud line for those two.

There are very few people in the world today that I have met that I could say have truly dedicated their entire life to their family. However, on November 5th, 2022, at 9:40pm, God met her and he blessed Greg, Vince, and Me with the privilege of being her children. From the very beginning, she showed us the importance of family and respect. We were raised in a home where God was present; not just in a church, but also wherever you are. She encouraged our Faith always! Even when things were piling up against us.

Corinthians 10:13 “God won’t give you more than you can handle” was a Bible verse she would say a lot to help get me through so many heartaches and difficult times. She has been a great comfort to not only her children, but others who needed her strong connection to the Lord and her belief in his power of prayer. She never ceased to amaze anyone she met with her charismatic attitude. Her Oncologist looked forward to her appointments because of her entertaining sense of humor. He said she was the joy of his day. Her strength was endless, she helped others before she helped herself. This was evident by all the ways she took care of her family. Even some of the last words spoken in the final days of her life bear witness to this.

As a mother she was the one all my friends wanted. I forgot something here she comes, every sporting event there both parents would be, she made holidays always special, Halloween costumes; handmade if you wanted. Room Mother was a job that she did over the top, and as far as games, she was always ready to play a round of Old Maid or Go Fish with anyone who wants to play. Summers were spent camping in Poplar Bluff and she even made that fun. Once the new house was built and the pool was in, Mom spent time designing pathways and flowerbeds around the house and pool. Then Dad and her built a huge vegetable garden on the side of the house on their more than 3-acre plot. Mom loved being outside in the sun, which was a good thing, since she spent most of her life planting, weeding, and fixing things around the house. She was so independent and didn’t like to ask for help. It was even last month when I found out that she was outside painting the deck.

Her devotion to her family and her strong belief in God supported her and ultimately gave her the peace she needed to go peacefully into the night.

Linda will be laid to rest alongside her husband at St. Charles Memorial Gardens.