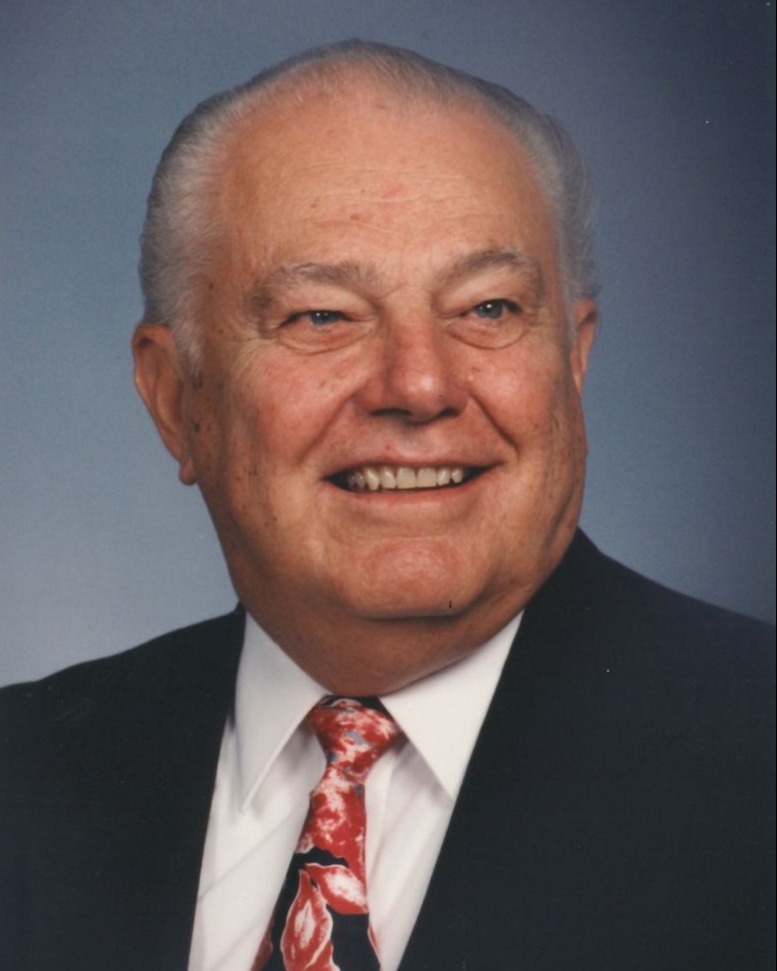 Fortified with the Sacraments of Holy Mother Church on December 27, 2022.

Born May 25, 1926, in Pine Lawn. Les went to McKinley Grade School and attended high school at Normandy High School. In his senior year, Les was drafted into the Navy on May 25, 1944. On July 1, 1944, he reported to the Naval Air Corps Pre-Flight training then onto the support Carrier USS Leyte in the North Atlantic during WWII. Les resigned from active service after WII on June 20, 1946, and continued in the Naval Reserves until September 29, 1956, where he was honorably discharged as a Lieutenant Junior Grade.

Les finished college at the University of Illinois where he graduated in 1948 with a Bachelor of Science Degree in Mechanical Engineering. Les became a registered professional engineer on August 10, 1953 and started L. E. Heideman Co in 1956. Les was known for plumbing and fire protection design and designed some of the more prominent hospitals in Missouri including Barnes West Pavilion, St. Luke’s Hospital, Children’s Hospital, and Cox Medical Center South in Springfield, Missouri. Les was active in the American Society of Professional Engineers and was president of the St. Louis Chapter of ASPE. Les sold the business in 1989 and retired in 1990.

Les was married to Mary Rita Pugliese on April 22, 1950, in St. Louis, Missouri. Les and Mary enjoyed fishing and traveling across the country in their travel trailer, spending time at their winter home in Mt. Dora, Florida. Les was also an accomplished violinist, playing with the Little Symphony on the radio.

Les is survived by his wife and two sons and their spouses, Brian & Christi and David & Jeanette. His only daughter, Rita, passed away in 2010 after a long illness. Les was a loving husband, father, grandfather, and great-grandfather.

In lieu of flowers, memorials may be made in Les' name to the Wounded Warrior Project and the American Cancer Society.