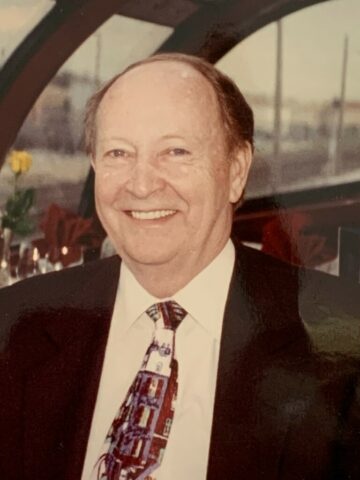 Mr. Leonard A. "Lynn" Dotson, while living in Decatur, Alabama, died peacefully on the evening of Friday, May 20, 2022. But, Lynn always considered Portage De Sioux as his home and visited as often as he could. Driving folks around his home and telling stories of donkey ball, dancing, and other legends of home was one of his fondest times. Leonard was a proud veteran of the US Navy and served during the Korean War. After, he worked in various jobs until he found his true calling with NASA. He was part of the first three NASA Programs (Mercury, Gemini, & Apollo) that culminated in putting the first humans on the moon. He helped shape and guide and Space Shuttle program, and was part of starting up the International Space Station. After a life of service to our nation, Lynn retired back to his home in Missouri and lived his final years until his failing health necessitated him and his wife Beverly moving in with their daughter, Lisa Stephens.

Lynn was preceded in death by his parents, Stonebreaker and Carrie Mildred Dotson; his siblings, Howard Porter, Dollie Mae Humphrey, Palmyra Stewart, Rosalie Eddington, Wanda Boschert, Jeannie Borgschulte, James Dotson, Stony Dotson, and Melba Dotson; his first wife, Shirley, his son Christopher, and his daughter Becky. He is survived by his second wife, Beverly Dotson, his daughter Lisa Stephens, his granddaughter Christina Perry, and his great-grandson Dane Perry. Lynn's ashes will be spread per his wishes in a small, private memorial. We ask each of you to remember Lynn in your own ways and celebrate his amazing life. In lieu of flowers, to best honor his memories and love of Portage De Sioux, we ask donations be made in his honor to the Portage De Sioux Historical Society, 1175 Church St., Prtg De Sioux, MO 63373.
To order memorial trees or send flowers to the family in memory of Leonard “Lynn” A. Dotson, please visit our flower store.