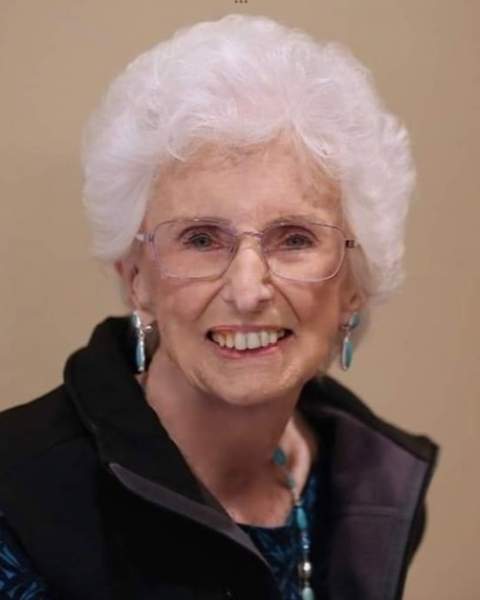 LaVerne Herweck passed from this life into the presence of her Lord Jesus on September 3rd, 2022, in O’Fallon, MO. She was 95 years old.

She was born in 1926 in Nameoki, IL, the daughter of Gus and Mattie Falter, and grew up in St. Louis, MO. She met the love her life, Harold “Hal” Herweck, in church when she was 13 years old, and he was 16. They married when she was not quite 17 during WWII, while Hal was in the Coast Guard. Their love story endured for 65 years, before Hal died in 2008. During those years they reared three children, Hal Jr., Susie, and Kirk. Together they served in several churches where Hal led the music and directed choirs, and LaVerne served alongside him and also was known as a knowledgeable and creative Sunday school teacher. LaVerne was a faithful member of Ridgecrest Baptist Church in St. Charles, MO. She was an avid reader and loved studying God’s Word, which she read through annually in many translations.

Though she was a stay-at-home mom while her children were growing up, she began working at Sears in the catalog department in the 1960s, and eventually became the Personnel Manager of the store before her retirement. She and Hal loved to travel and to spend time with friends and their growing family of married children, grandchildren, and great grandchildren.

To order memorial trees or send flowers to the family in memory of LaVerne Herweck, please visit our flower store.