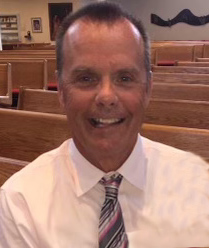 Kevin was a hardworking man who dedicated 32 years to Lou Fusz Chevrolet as a finance manager, and he enjoyed the many people he worked with. In his free time, Kevin loved spending time with his family, especially his grandchildren. He had a passion for sports which he passed down to his children. Kevin was a supportive father and was especially proud of their time playing soccer at St. Dominic, Chaminade, Indiana University and St. Louis University. Kevin was an avid fan of the St. Louis Blues and Cardinals. He was also a member of Assumption Catholic Church.  He was the happiest attending concerts, sitting on the beach, or playing games with his wife and children. Above all, Kevin was humble, generous, and genuine in all his interactions.  He will be greatly missed by all who knew him.

Memorials may be made in Kevin's name to  St. Jude’s Children’s Research Hospital.