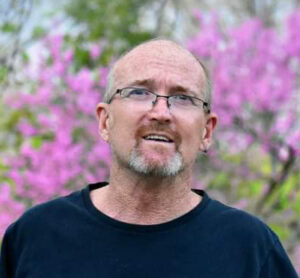 Kenneth (Ken) L. McMullen of O'Fallon passed away on December 6, 2021 at the age of 57 .Ken was a loving husband to Sandy McMullen, wonderful father to his children James (Michelle) McMullen, Tamera  (Sean) Stewart, and  Austin McMullen ; He saw his step children as a part of his family as well Amy (James) Schulte, Scott (Mindy) Schmidt, Brandon Schmidt and James Schmidt.  Ken was an amazing grandpa to all of his and Sandy's 11 grandchildren.
He is preceded in death by his father Frank B, McMullen Sr. and mother Helen G. McMullen also by his brothers Frank B. McMullen Jr., Jerry McMullen and his sister Judy Shives; He is survived by sister Joyce (the late Lloyd) Dixon and brother Bill (Charlotte) McMullen;
Ken was born on Aug, 16th, 1964 and grew up in St. Charles, Missouri.  He worked 30+ years at STL Post-Dispatch and while still working at the Post he worked at Orchard Farm School District for 15+ years.Ken was a hard worker all his life but when he got home he liked spending time in his garage working on his cars. Even though he was always working he took the time to spend with his family as well. He loved going on adventures from driving his old muscle cars to car shows to show them off, to going out boating on the Mississippi River.  He loved going on drives down back country roads with his wife taking pictures. Ken loved to have fun all the time and was a kid at heart. He would goof around with the grandchildren having water balloon fights or swimming in the pool splashing around. He loved his family and friends with all his heart and he touched a lot of people's lives throughout his life.Memorials may be made in Kenneth's name to the American Kidney Foundation.

To order memorial trees or send flowers to the family in memory of Kenneth McMullen, please visit our flower store.