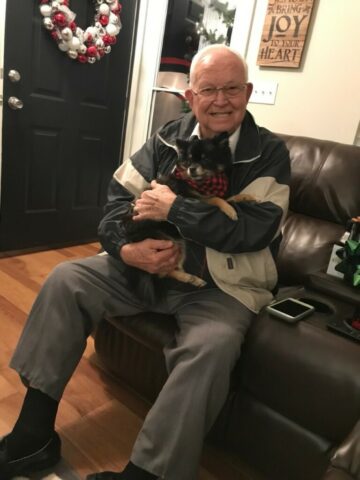 Kenneth L. Shave, resided in Weldon Spring, MO passed away peacefully at the age of 93 on Thursday June 2, 2022.

Ken, son of Lucille Hanah Shave, was born March 4, 1929, in Lemmon, South Dakota. He served 27 years in the United States Army. He enlisted in 1952 and was stationed in numerous locations, among them Iran, Korea, and Vietnam, and retired as a Full Bird Colonel at Lexington – Blue Grass Army Depot under Major General George Smith Patton, son of WWII Commander in 1979.

After his Army Service, he worked for Emerson Electric as the Project Manager on the ITV (Improved Tow Vehicle) and retired from there in 1992. He was also a Shriner, Mason, and Past Commander of the American Legion, Post 4. He was an active member of St. Johns United Church of Christ, Weldon Spring, MO, where he attended Bible Study with the gentlemen every week.

Affectionately known as Bumpa to his grandchildren and to their friends, Bumpa had an infectious smile and was always so happy. He loved life and lived it to the fullest. He was a kind, generous soul and loved a good joke. He loved gardening & fishing and of course the St Louis Cardinals. He also loved every minute he was around his grand-doggies and grand-kitty.

His greatest loves were his wife, children, grandchildren, and great-grandchildren. He was so proud of them all. He just loved being around family and would just beam from ear to ear when we would all get together.

Everyone loved Ken (Bumpa) and he was the best husband, father, father-in-law, friend, and most of all a great Bumpa that anyone could have asked for. Everyone all thought the world of him, and he will live forever in our hearts and be so deeply missed by all.

He believed in the one true God and in heaven and knew that the day that God would call him home was not far away, and he would be reunited with his son Doug again.

Until we meet again sweet Bumpa. Be in the love of God. Rest in the peace of Christ.

In lieu of flowers, memorial contributions may be made to www.dogsonduty.org. (Ken was a big supporter of K9 working police dogs and the Police Force).
To order memorial trees or send flowers to the family in memory of Kenneth L. Shave, please visit our flower store.