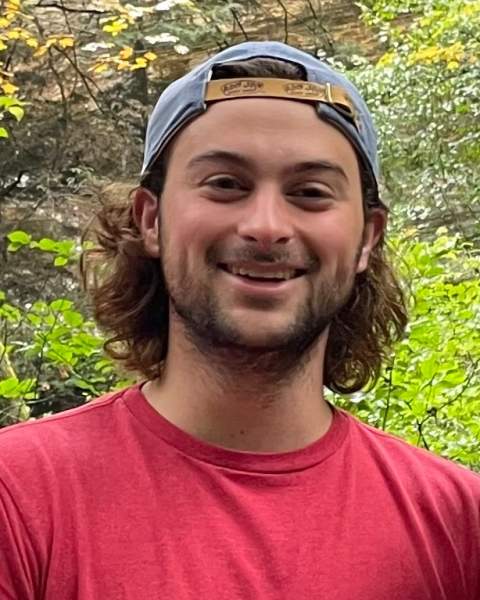 With deepest sorrow, we announce that Kenneth (Ken, Kenny, KJ) Josef Kolesa, age 26, our most beloved son, brother, fraternity brother and friend to so many, passed suddenly on September 2, 2022.

Kenny will be missed everyday by his mother Jeanne, his father Ryan, his sister Kiernan, his grandparents Linda Kolesa, Robert Sutton and Dinah Sutton, his loving Aunts, Uncles, Cousins, and an untold number of great friends.

Those who knew Kenny, even just a little, lost a shining light in their lives. His smile and dimples lit up the room, and he had the best laugh.  Kenny never met a stranger and could converse on any topic with anyone. Ken gave so much of himself to those he knew and would chirp those he loved; his sense of humor really knew no bounds.  From a young age, he was an adept negotiator and could talk you into anything.

Kenny was carnivorous in his search for knowledge and his quest to learn everything.  He graduated from St. Charles High School, received his Undergraduate degree at University of Missouri-St. Louis; and was a 4th year student at UMSL School of Optometry. He was a member of the Fraternity Sig Tau Gamma where he served as President for the UMSL Chapter.  Kenny loved music, enjoyed frolfing with friends, was a Nationally ranked Chess player, unbeatable at Connect 4, a proud Republican and Practitioner of Brazilian Ju Jitsu with the Wolves Den Training Center.

We know Kenny is now with his Papa (John Kolesa), Great-Grandma Fern, Great-Grandma Millie, and his cousin Brittany. Kenny is cherished here on earth as well as in the great beyond.

We LOVE and MISS you so much Bub

Build Me a Son, O Lord

Build me a son, O Lord, who will be strong enough to know when he is weak, and brave enough to face himself when he is afraid; one who will be proud and unbending in honest defeat, and humble and gentle in victory.
Build me a son whose wishbone will not be where his backbone should be; a son who will know Thee and that to know himself is the foundation stone of knowledge. Lead him, I pray, not in the path of ease and comfort, but under the stress and spur of difficulties and challenge. Here let him learn to stand up in the storm; here let him learn compassion for those who fail.
Build me a son whose heart will be clean, whose goal will be high; a son who will master himself before he seeks to master other men; one who will learn to laugh, yet never forget how to weep; one who will reach into the future, yet never forget the past.
And after all these things are his, add, I pray, enough of a sense of humor, so that he may always be serious, yet never take himself too seriously. Give him humility, so that he may always remember the simplicity of greatness, the open mind of true wisdom, the meekness of true strength.

Then I, his father, will dare to whisper, “I have not lived in vain.” (General Douglas MacArthur)

As Kenny was pursuing his Optometry Degree, in Lieu of flowers a memorial fund in Kenny’s name has been set up for a future scholarship fund in his memory to help others achieve what he wanted to do. The memorial fund information can be found here.

To order memorial trees or send flowers to the family in memory of Kenneth J. Kolesa, please visit our flower store.

This location is at Blanchette Park.