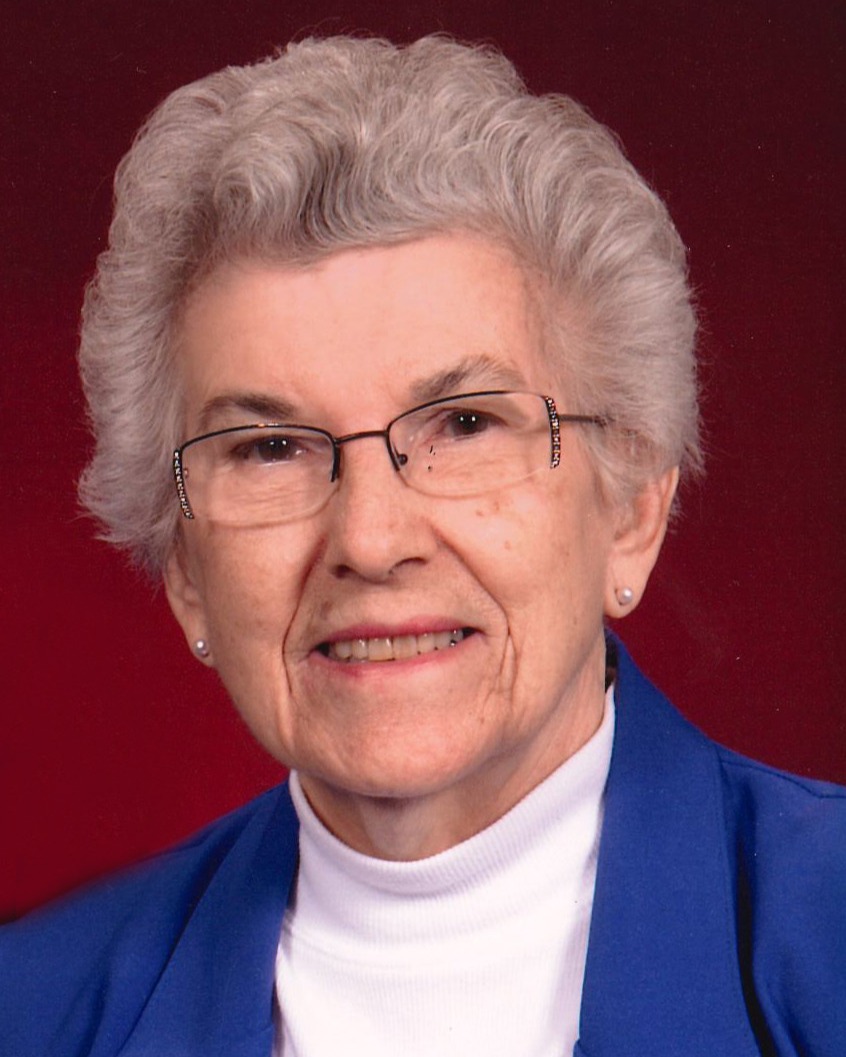 Kathryn “Kitty" Menefee (nee Slinkard) was born on January 16, 1930, to Riley L. and Lauretta Buchanan Slinkard near Chaffee, MO. Kitty joined three older brothers, Donald L., Gene W., and Loren G. Slinkard, who all preceded her in death. As a baby, she was called “Kitty” by her Daddy and her brothers as she was “cute and cuddly as a kitten.” She has been known as Kitty ever since.

After high school, Kitty attended Chillicothe Business College. There she met a soldier back from the war. Kitty and Joe E. Menefee, who preceded her in death, married on May 6, 1951, and moved to St. Charles, MO, where they both worked at McDonnell Aircraft.

After Mike and Sharon had been in school, Kitty was a secretary for the United Methodist Church on First Capitol Drive for many years. As they approached college-age, Kitty worked for Family and Children’s Services until she retired.

After retiring, Kitty and Joe traveled with friends and continued to be active in church. Kitty mentored second graders by listening to them read at school. She enjoyed spoiling and spending time with her grandchildren, Elise (Tucker) Bartley of Mokane, MO and Eric Frazee of Denver, CO, attending their activities.

After Joe passed away in 2018, Kitty enjoyed Sunday afternoons with her son, Mike. She was an attentive audience as great-grandchildren, Gwynn Bartley and Marshall Bartley, actively entertained her during visits to Mamma’s house.

Kitty, Mom, Mamma--you will be dearly missed by many close friends, neighbors, and family. Enjoy your forever life. You are so loved.

Memorials may be made in Kitty’s name to 1st St. Charles United Methodist Church.

To order memorial trees or send flowers to the family in memory of Kathryn "Kitty" Menefee, please visit our flower store.