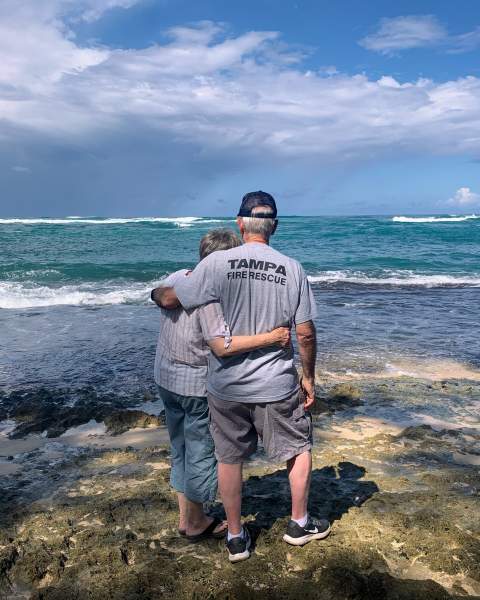 Our angel on earth, Kathleen Elizabeth Moses of St. Louis, Missouri, left this world suddenly on August 11, 2022, with the love of her life by her side and into the arms of our Heavenly Father.

Born and raised in the Irish St. Louis suburb of Dogtown, Kathleen entered the world on February 24, 1947, with bright blue eyes and an Irish pride like no other. A graduate of Xavier High School, Kathleen started her first real job at the St. Louis Police Department, where she met a young cadet from the country who eventually fell in love with a city girl. Ed and Kathleen were united in marriage on February 18, 1967, at Saint James the Greater Church in Dogtown, where several of their children were eventually baptized, and one child was married at the same church. Ed and Kathleen called Jefferson City, Missouri, home for 33 years before moving to Warrenton, Missouri, in 2005.

Kathleen exuded light and love in everything she believed in and into every person who was blessed to be in her life. Her love for the Lord, her husband, and her family were paramount. She made every birthday, every holiday, and every sporting event the biggest celebration you would ever see. She went above and beyond to make people feel loved, accepted, and seen. It was said recently by a family friend, "her hugs made you feel special, and her words made you feel safe." Her six children were her life, her chosen career. She was a girl scout leader, a room mother, a volleyball/track and field/theater/wrestling/soccer mom, and a church volunteer. Her dedication to Cardinal baseball was real and intense until they lost or made her too nervous to watch; she laughed when her family called her a "fair weather fan." Kathleen was so prideful in her Irish heritage that it carried down to her children and grandchildren and has made them believe St. Patrick’s Day should be a national holiday every day. As a trooper's wife, which is something special to be married to a police officer, she shuffled game schedules and homework for six children under many stressful situations, which she did with patience and grace. Her love for her husband was unmatched. She was the fiery, Irish introvert, and he was the calm, country boy extrovert. Together, Kathleen and Ed were a couple, without fail or hesitation, who centered their marriage and raising their children around the Lord. “A cord of three strands is not quickly broken.” - Ecclesiastes 4:12.

Kathleen wanted her children to know they were loved every single day, and she did just that. Her work here is done. You have finished the race and have received your crown of glory. We would say, "I love you." And she would say, "I know, and isn't it a wonderful thing."

We invite all who loved Kathleen to join us in prayer or in-person to celebrate her beautiful life on earth and eternal life with our Savior.